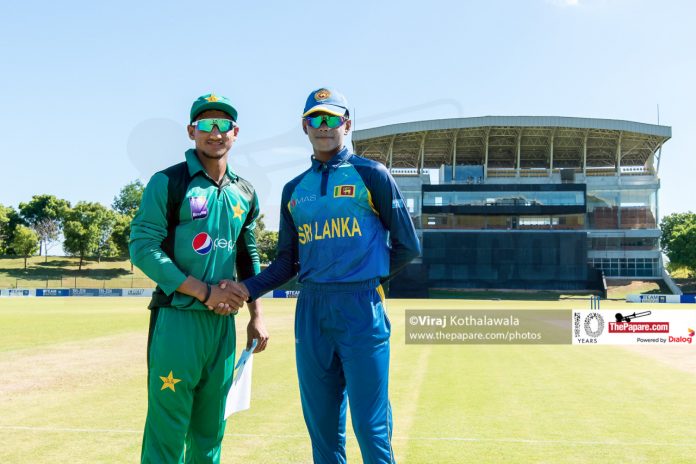 With wins to open and conclude the 5-match Youth ODI series in Sri Lanka’s Southernmost international cricket venue, the Mahinda Rajapaksa International Cricket Stadium Hambantota, the Sri Lanka U19s ended on the losing side after an exciting tussle against their Pakistani counterparts.

Following the conclusion of Sri Lanka’s much hyped Schools Cricket season, the boys in the national U19 pool were training for the Pakistani Youth challenge before the initial plan of 2 Youth Tests and 3 Youth ODIs, starting on the 3rd of May, was cut short to 5 50-over games and was postponed by 3 weeks due to the April 21st attacks in Sri Lanka.

With this tour being the first assignment of the newly appointed selection committee led by Ranjith Madurusinghe, the squad selected didn’t have drastic changes to the squad which played against the Australia U19s in January. The boys, led by Nipun Dhananjaya, were heading to their third successive series together, since they played against Bangladesh U19s in October and November of 2018. Dhananjaya in fact has been leading the team since the India U19 series in July 2018.

With nearly 10 months of playing together, the bond between the players has become very strong and they’ve showed it through their performances. Guided by a set of champion cricketers in head coach Hashan Tillakaratne, Upul Chandana (fielding) and Ravindra Pushpakumara (bowling), the boys were also guided by Chaminda Vaas until he was promoted to take up the Sri Lanka Emerging team before this series. The dressing room was also joined by another past cricketer in Farveez Maharoof as their manager prior to the series.

Positives from the series

When Sri Lanka U19 ended up as runners-up in the 2018 Youth Asia Cup in Bangladesh, it was their fielding which was praised and caught the eye of cricket pundits. Fielding Coach Upul Chandana, doing a great job with the boys, proved himself as a fielding coach as good as he was with his own fielding back in his playing days. With the seniors leaving the team after that tournament and the squad beginning afresh for the 2020 Youth World Cup from the Bangladesh series onwards, their fielding standard has not dropped one bit. 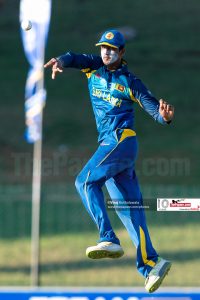 The first Youth ODI was a very good example of that as Sri Lanka defended 234 runs with some quality fielding. With 3 wickets out of 10 being run-outs the Sri Lankan fielders made it really difficult for the Pakistani batsmen to rotate the strike, hence piling up the pressure. Avishka Tharindu of St. Anthony’s College Wattala, in particular, was outstanding, taking a brilliant catch and effecting a run-out. He also stood like a wall at the cover point region letting nothing past him.

Talking more about Avishka Tharindu, this was a memorable series for him as he showed so much character. Batting at number 6, he failed in the 1st game. However, following a brilliant outing in the field to redeem himself from his failure with the bat, he went on to end the series as the 4th highest run-scorer. Both his half-centuries came trying to resurrect Sri Lanka from trouble. Sri Lanka were 4 down for 45 and 94 in the 2nd and 4th games respectively when Tharindu walked in. After slow and steady knocks in those tough situations he unleashed the free-flowing batsman in him in the 264-run run-chase in the 5th ODI where he remained unbeaten after a run-a-ball 40 to help Sri Lanka end the series on a high with.

Vica-Captain in the first 3 games and Captain in the last 2 games, Kamil Mishara continued his good run for Sri Lanka U19. With a century each in the Youth Test and Youth ODIs against Australia U19, Kamil Mishara also scored 242 runs averaging 48.40 in this series. Scoring half-centuries in both matches Sri Lanka won and in the 3rd game, the Royalist has more or less sealed his place as the opener and the wicket keeper of this team.

In bowling for Sri Lanka U19, left-arm pacer Dilshan Madushanka from Wijayaba National School Hungama was the highlight. In an attack dominated by spinners, Madushanka was impressive both with the new ball and the old ball. Picking up 8 wickets in 4 matches with an average of 18.62, Madushanka ended the series as the highest wicket-taker. With the success in this series and him being left-armer, makes him a prominent contender for Sri Lanka’s pace attack in the ICC U19 World Cup next year on South Africa’s pacy wickets. 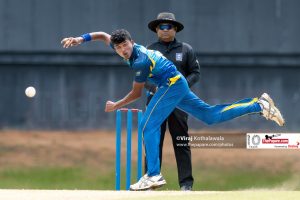 In bowling for Sri Lanka U19, left-arm pacer Dilshan Madushanka from Wijayaba National School Hungama was the highlight. In an attack dominated by spinners, Madushanka was impressive both with the new ball and the old ball. Picking up 8 wickets in 4 matches with an average of 18.62, Madushanka ended the series as the highest wicket-taker. With the success in this series and him being left-armer, makes him a prominent contender for Sri Lanka’s pace attack in the ICC U19 World Cup next year on South Africa’s pacy wickets.

Concerns from the series

The most experienced guy in the squad, Nipun Dananjaya’s form in this series has been a real concern. Scoring just 53 runs in 3 innings, Dananjaya couldn’t contribute much before he was rested for the last 2 games. Ending the 3-match Youth ODI series against Australia as the highest run-scorer, scoring 172 runs with an average of 57.33 he had sealed his spot at number 4.

Another player whose returns in this series will worry the team management is Sonal Dinusha. Being part of the squad since the India series last year, Dinusha has been an important batsman in Sri Lanka’s middle order with consistent performances. With just 57 runs in the 3 games he played in this series, Dinusha will be determined to do well in his next outing.

In bowling, fast bowling all-rounder Chamindu Wijesinghe was expensive in the first 2 games. Not being able to trouble the batsmen as he did against Bangladesh and Australia, Wijesinghe ended the series wicket-less with an economy just under 7 thanks to the 17-run 4 overs he bowled in the 4th match after being dropped in the 3rd match. Wijesinghe was expected to be Sri Lanka’s leading fast bowler in next year’s World Cup, but now, the contest has opened up to put Dilshan Madushanka in the lead. Naveen Fernando, returning after injury, remained economical even though he bowled just 8 overs in the 2 games he played.

Apart from Madushanka, Wijesinghe and Fernando, Antonian Chamindu Wickramasinghe was introduced in this series as a player who opens both the batting and bowling. With Josephian Lakshan Gamage and left-armer Praveen Nimesh also in the fray, the pack of fast bowlers will have to be looked after very closely since the upcoming World Cup will be in South Africa. Youngsters like Amshi De Silva of Richmond College and Jithesh Wasala of Nalanda College are also players who possibly could make the cut in the near future.

The Sri Lanka U19 pool (Capped players since the Bangladesh series)

Despite Sri Lanka losing this series 3-2, they’ll move forward with their heads high after some spirited individual performances and also good team spirit. The next stop in their journey to South Africa for the 2020 ICC U19 World Cup, will be in the beautiful islands of the Caribbean.