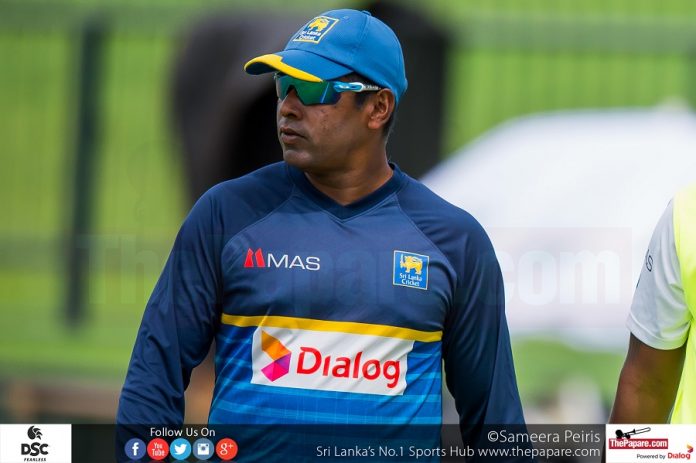 Former Sri Lanka fast bowler Chaminda Vaas, who was serving as Sri Lanka U19 Bowling Coach has been appointed as the Head Coach of Sri Lanka Emerging Team for the forthcoming tour of South Africa next month.

Sri Lanka Cricket has managed to organize key tours for their ‘A’ team and Emerging team in the coming months, ThePapare.com learns.

He will replace Avishka Gunawardene, who has been suspended by the International Cricket Council (ICC) and Sri Lanka Cricket (SLC) for breaking Emirates Cricket Board’s Anti-Corruption Code.

Vaas is the leading wicket-taker among fast bowlers from Sri Lanka with 355 wickets in 111 Tests and 400 scalps in 322 ODIs.

“Chaminda Vaas was appointed as the Head Coach of the Sri Lanka ‘Emerging Team’ for the forthcoming Tour of South Africa,” SLC announced in a statement.

“I am innocent of all these charges” – Avishka Gunawardene

He is vastly experienced in terms of an international coach, having started as a bowling coach of the national team in 2013 for two years. He then had a brief stint with Ireland before re-joining Sri Lanka Cricket in August 2016 as a fast bowling consultant. In July 2017, he once again became the national team’s bowling coach replacing Champaka Ramanayake for only one home series.

For the past two years, Vaas has been grooming the next generation of fast bowlers in Sri Lanka in the U19 setup.

“It’s a great challenge for me since all this time, I have only been a specialized coach in bowling. I am determined to bring these youngsters up the ladder to the next level” Vaas told ThePapare.com

Gunawardene, meanwhile, has denied all charges of corruption when he addressed the media at the Sinhalese Sports Club (SSC) in Colombo with lawyer Chrishmal Warnaasuriya on Monday.