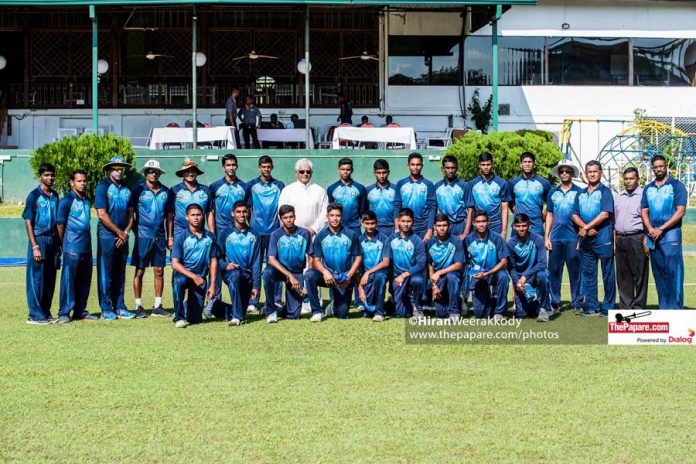 Due the security situation currently prevailing in the country, Sri Lanka Cricket has postponed the Pakistan under-19 Cricket team’s tour of Sri Lanka indefinitely.

Sri Lanka Under 19 team manager, Farveez Maharoof confirmed the postponement of this tour to ThePapare.com.

Rohail Nazir, who scored a century on his first-class debut this season, has been appointed as Pakistan U19 captain for next…

Originally, two Youth Tests and three Youth ODIs were scheduled to be held, starting from 3rd of May in Galle & Hambantota, with the Rohail Nazir-led Pakistan squad set to arrive in Sri Lanka on 30th April.

The SLC board has written an official letter to the PCB, stating the security situation in Sri Lanka may not be the best for the matches to be carried out.

It has also been reported that the Pakistan cricket authorities have been monitoring the situation in Sri Lanka and are ready to undertake the tour in future.

It will be interesting to see other countries’ stance on touring Sri Lanka considering the current situation in the island. The next international tour in Sri Lanka is scheduled in July 2019 versus New Zealand and the Blackcaps recently announced that they are still going ahead with the tour to Sri Lanka.