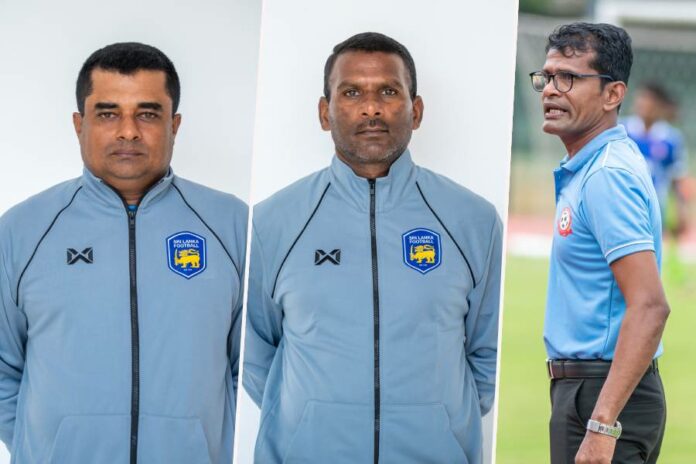 Sri Lanka Football has appointed Rajamani Devasagayam as the Head Coach of the Sri Lanka U20 National Team while Augustine George will be the Assistant Coach and Saman Dayawansa the Goalkeeping Coach.

The Sri Lanka U20 National Team will take part in the 2022 SAFF U20 Championship and the 2023 AFC U20 Asian Cup Qualification tournaments from July – September 2022.

The SAFF U20 Championship will take place from 25th July – 5th August in Bhubaneswar, India where Sri Lanka will take on India, Bangladesh, Maldives and Nepal. Thereafter, the 2023 AFC U20 Asian Cup Qualification will happen from 14th-18th September. Sri Lanka are drawn in Group E, alongside South Korea, Malaysia and hosts Mongolia.

FFSL (Football Federation of Sri Lanka) has appointed the coaching staff to take charge of the above competitions under the guidance of National Team Coaches Andrew Morrison, Keith Stevens and Australian legend Tim Cahill, who will provide technical supervision.

Rajamani Devasagayam holds an AFC ‘B’ Coaching Certificate. He started his playing career with Madyama Lanka before moving to Renown and representing Air Force from 1990-2009. Devasagayam’s coaching career started with Up Country Lions (2013-15). In his only season with Crystal Palace (2015-16) he guided the club to a 4th place finish in the Super 8 of the Champions League.

He was also the Assistant Coach of the Sri Lanka Men’s team from 2016-17 and 2021. He then guided Blue Star to the Championship in the inaugural Super League season in 2022.

His coaching career has been with Java Lane from 2012-15 and 2022-current. Java Lane were 2013 Division I champions, and champions in the U19 Expo Lanka tournament conducted by the City League.

Dayawansa started his goalkeeper coaching career with Air Force (2010-2016) before moving to Renown (2018-2020). He was the head coach of Negombo Youth in 2017. He was also the goalkeeping coach of the Northern Province team who were crowned champions in the Ceylon Provincial League 2022.