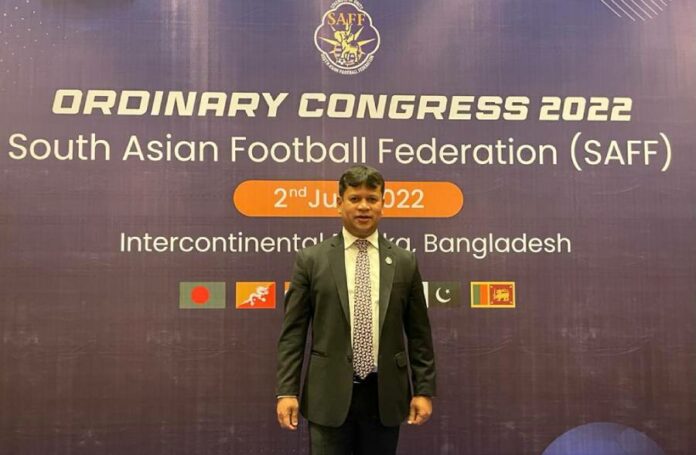 Sri Lanka Football President, Jaswar Umar has been elected to the Executive Committees of the Asian Football Confederation (AFC) and South Asian Football Federation (SAFF) at the Annual Congress held in Dhaka, Bangladesh on 2nd July.

In an official media release by Sri Lanka Football stated,

Jaswar Umar has been instrumental in getting vast international support from numerous countries after being elected as President of Sri Lanka Football last year. He has made innovative changes to the beautiful game in Sri Lanka in the last few months which brought back new hope to Sri Lankan Football.

His appointment to the Asian Football body is expected to bring additional support to build stadiums and develop football in the villages. Jaswar Umar was accompanied by Ranjith Rodrigo, Vice President and Upali Hewage, Secretary-General of Sri Lanka Football, to the Congress.