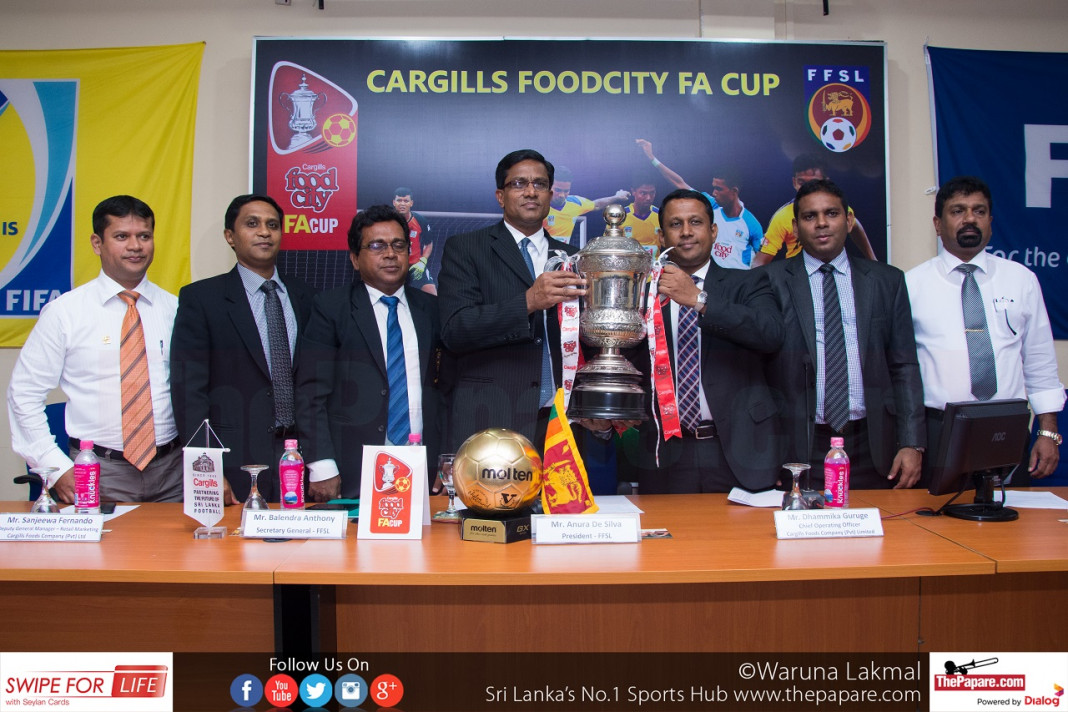 Cargills Food City is putting its weight behind the FA Cup for the 4th consecutive year in line with the Cargills (Ceylon) PLC partnership with the Football Federation of Sri Lanka.

The tournament launched today will consist of 670 teams from 66 leagues with the preliminary rounds being conducted at league level (knockout basis).

Out of the qualified 60 teams 6 teams will receive byes and the remaining 54 teams will play a second round (knockout basis). The qualifying 27 teams will go into a draw with the remaining 37 teams. The final 64 teams will be drawn to play the 3rd stage of the Cargills Food City FA Cup 2016.

Prior to entering for the tournament, from the total of 91 teams 29 will receive the go to the next round based on their performance in the FA cup last year. A draw will be held to fix the matches for this round.

Army SC was last year’s champions after they defeated Renown SC 3-1 in the final.

Cargills Food City the title sponsor of the FA Cup in Sri Lanka were the first to introduce the original FA Cup style trophy to the local version of this long standing tradition of football. Globally the FA Cup is an underdog fan’s dream where the possibility of a minnow becoming a giant-killer is real at every stage of the game.

Cargills a company that is synonymous with youth development has put its strength behind national sports with a particular emphasis on Football due to its capacity to touch millions of lives.

“We believe Sri Lanka Football can be further harnessed through the Cargills Food City team, young men and women hailing from across the island – as do the players of this phenomenal game. They provide an ideal platform to ignite a renewed passion towards the game from the grassroots to the national level” said Dhammika Guruge, Chief Operating Officer of Cargills Foods Company (CFC).

Football enthusiasts can expect the unexpected at this year’s FA Cup with all the fans looking out for an exciting finish where maybe the underdog grabs the glamorous trophy modeled on the English FA Cup along with the handsome cash reward.