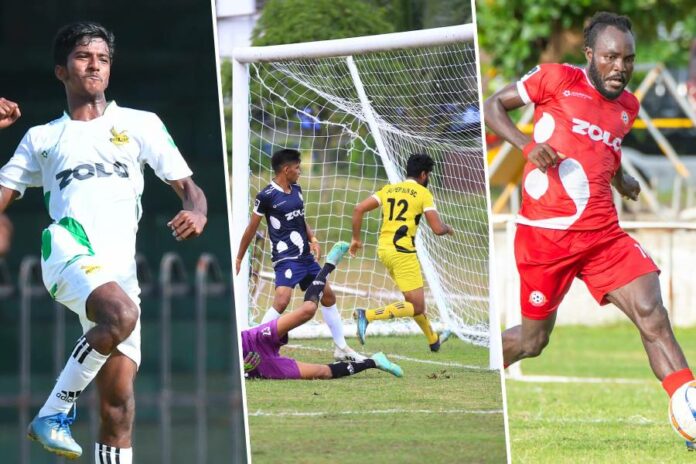 Java Lane showed no mercy against Solid while Super Sun and Pelicans registered wins in Week 4 of the Champions League 2022.

Java Lane came from a goal down to hammer Solid 7-1 at the Maligapitiya Grounds in Kurunegala. Solid took a surprise 1-0 lead in the 14th minute through Samith Maduranga.

Java Lane took time in getting their act together and it was in the 32nd minute that they equalized after Naveen Jude took advantage of a defensive lapse. In the 39th minute Naveen assisted for Oluwaseeun Olawale’s first goal.

After the break, Olawale added two goal in quick succession in the 58th and 59th minutes and scored another two in the 70th and 78th minutes. Naveen scored his 2nd and his team’s 7th goal in 90+1st minute. Java Lane could have easily scored another 3 or 4 but poor finishing denied them those goals.

Three goals inside the opening 15 minutes saw Pelicans secure a 4-0 win against SLTB at the Sugathadasa Stadium. Rajikumar Shanthan scored as early as in the 4th minute before Nafshan Mohamed scored the 2nd in the 6th minute.

Nafshan made it 3-0 in the 13th minute and with four minute remaining in the 86th minute Ranmal Ratwatte scored the 4th for Pelicans.

Super Sun were made to work hard for their 1-0 win against Police at the Kotawila Grounds in Matara. Police frustrated Super Sun  in the 1st half as it ended 0-0. Police continued their good work but in the 80th minute Bonso Kwabena eased the pressure for Super Sun with what proved to be the winner.