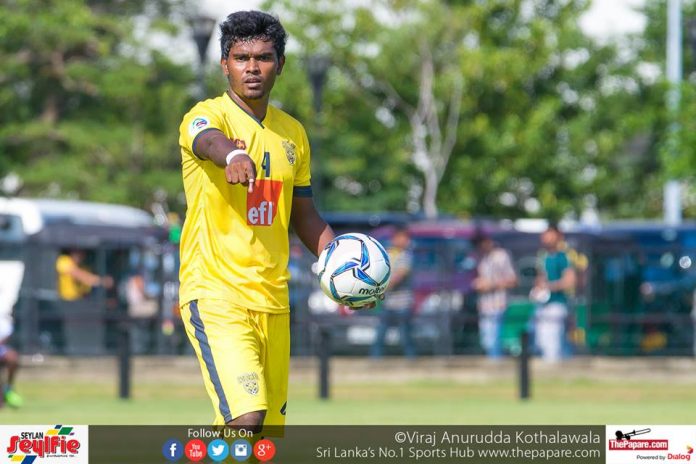 Sources confirm his signing with the three time back to back champions, but further details of his contract are yet to be revealed.

Rumour was he was going to sign with Colombo FC last year but instead signed with his hometown club Pelicans SC, who were promoted from Division I in 2016, after playing for Crystal Palace FC for two years.

Rathnayake was appointed captain in his first and only season for Pelicans SC. Pelicans were in title contention till the final few weeks but had to settle for a 5th place finish with 29 points with 8 wins and 5 draws.

Colombo FC Head Coach Mohamed Roomy, has spoken highly of the center-back in the recent past and was a top target in his transfer list. Rathnayake represented Colombo FC in the 2017 AFC Cup in the two-legged qualifying match against Mohun Bagan AC where they lost 4-2 on aggregate.