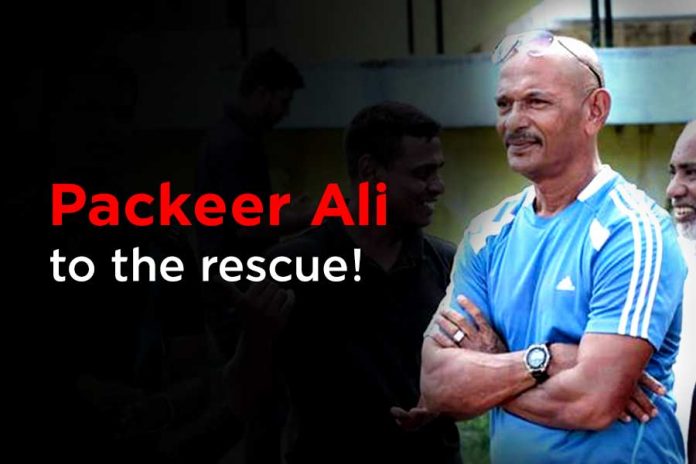 The Football Federation of Sri Lanka (FFSL) has appointed Nizam Packeer Ali as the Head Coach of the Sri Lanka National Football team.

The Executive Committee of the FFSL together with the National Team Management Committee headed by Rohitha Fernando and Major General Athula Kodippili have taken the decision to appoint Packeer Ali on a two-year contract after careful consideration.

“We are delighted to announce the appointment of Nizam Packeer Ali as the Head Coach of Sri Lanka. He has been a great servant of Sri Lanka Football but was not given the proper opportunity to showcase his skill and talent. All is confirmed just that we need to sign the agreement when he arrives from Maldives,” President of the FFSL Anura De Silva told exclusively with ThePapare.com.

“We had a few names in consideration including former Head Coaches Dudley Steinwall and Sampath Perera but their records were unflattering. Also a few other coaches but they didn’t have the required ‘A’ License certificate,” De Silva went onto say.

Sri Lanka has been without a Head Coach after the sacking of Dudley Steinwall in July 2017. Assistant Coach Devasagayam Rajamani and Goalkeeping Coach Mahinda Galagedera were also relieved of their duties along with Steinwall.

Mohamed Fazal came back to haunt his former club..

Hailing from Matale, Packeer Ali, who is known to be a ‘Fitness Freak’, represented Colombo York throughout his club career. He first represented Sri Lanka in 1976 under the captaincy of Sumith Walpola before captaining the side in the 1980’s. Packeer Ali then went onto play professional football in Bangladesh and spent most of his career there.

After his playing career Packeer Ali gained his AFC ‘B’ License in 2002 and the AFC ‘A’ License in 2006. He coached a few clubs in the Maldives and his position as the Technical Director of the FFSL in 2013 was short lived due to management differences.

“We will ask for a short term and long-term plan from the new coach but our focus will be the SAFF Championship in September this year,” De Silva mentioned.

Royal College has completed the signing of Mohamed Roomy…

“However, we are still looking for a foreign Consultant Coach to streamline our Technical Framework. The consultant coach will help out Packeer Ali with his duties but we will still have to consider the financial burden on the FFSL,” De Silva added further.

The appointments of the support staff for Packeer Ali will be decided after he assumes duties and in consultation with him.