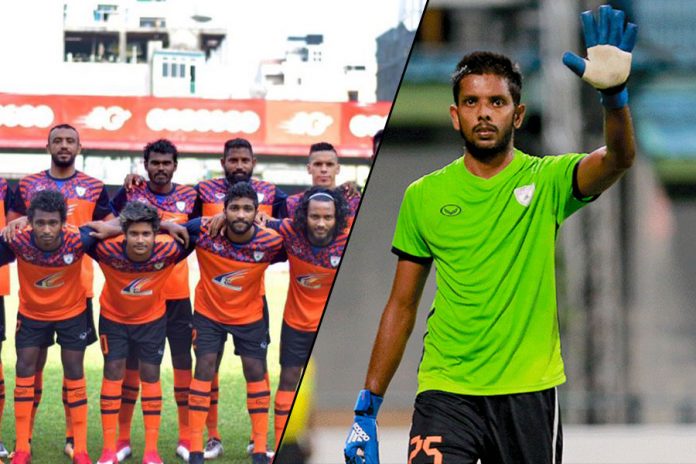 Eagles have announced Sri Lankan shot stopper Sujan Perera as their captain for the 2018 season in Maldives.

Sujan joined Eagles from Sri Lankan side Kalutara Park in 2015. The Eagles custodian has been in excellent form since joining the club. Sujan has since become the number 1 and has captained the national team.

The 25-year old captain was scouted by Aslam Abdul Raheem. Eagles long serving goalkeeper coach has never lost faith in his man. Sujan recently played his 50th match for the Eagles in a 2-2 draw against New Radiant SC.

The Eagles are currently on top of the 2018 Male League (The Top Division in Maldives) which acts as a qualification tournament for the Dhivehi Premier League. Sujan is the only foreign player to captain a club this season in Maldives.

Perera’s deputies will be Ahmed Numan (Helmet) and Ibrahim Mubeen (Mukki). Numan and Mubeen have been in Eagles from their youth squads. Both players played for Thinadhoo on loan from Eagles, at the second half of last season when Eagles failed to qualify for the Premier League.

Coach Shiyaz (Mohan) has brought changes to the side and the Eagles are looking to fly high. One thing did not change though, these three Eagles stars remain key men.