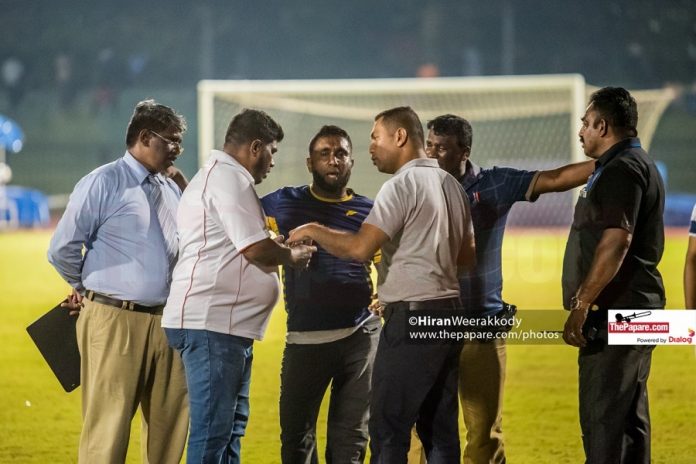 Super Sun SC Beruwela was punished severely by the Football Federation of Sri Lanka for their actions in the Dialog Champions League match week 13 game against Renown SC at Sugathadasa Stadium.

The club now has made an appeal to the governing body to re consider the harsh punishment meted out to them and the punishments which await 10 members of the team.

In a letter addressed to the FFSL President Mr. Anura De Silva, the Club expressed regret about the incident which they were a part of on match day.

The letter goes on to state,

“We have approached the FFSL in a friendly manner and appealed to re consider the punishments. We are hoping they will give a positive response in the coming days”