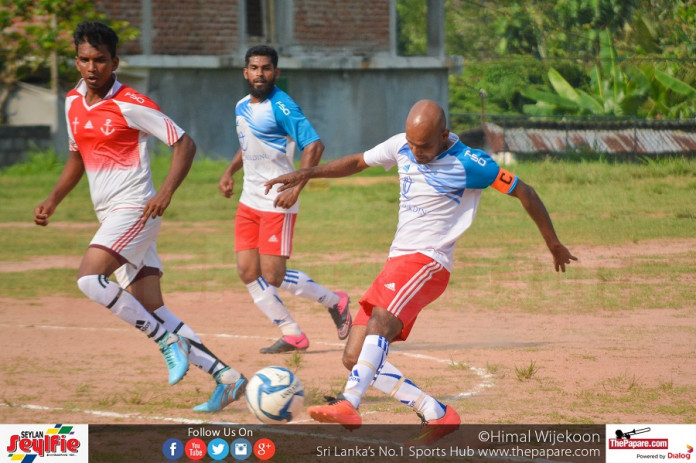 In a ‘Round of 64’ FA Cup tie, Serendib SC overcame St. Joseph’s SC in a close encounter which was decided by a penalty shoot-out of a 4-2 score line after it was 1-1 at full time at the Zahira College grounds, Mawanella.

Heading into the fixture, Serendib SC already had victorious experience in penalty shoot-out in the previous round against Red Sun SC. St. Joseph’s directly entered the third round thanks to their brilliant campaign in the tournament last season.

St. Joseph’s started the game strong by mobbing the opponent half in numbers. Striker Lemendon effortlessly opened the scoring in the 8th minute. Serendib defended another glorious opportunity created by the visitors in the very next minute of play.

The hosts slowly grew into the game. An eye catching passing display between the midfielders in the 15th minute resulted in an opening for Sheron who lashed a powerful shot at target. However, St. Joseph’s SC goalkeeper Deepak made an acrobatic save to protect the early lead.

Though the Serendib players controlled the majority of the first half in the midfield, the visitors were well set to defend in numbers, jump onto the mistakes and counter attack with pace. However, in the 35th minute, Aasir skillfully equalized from a long ball threat.

Both teams attempted to create openings but the efforts mostly went in vain. First half ended with a goal apiece.

Second half began with Serendib SC’S Mohamed Riyas fiercely smashing a shot from the edge of the penalty box to be parried by Deepak between the posts.

In the 52nd minute, Serendib’s Mohamed Munsif sent a pin point long ball to Sheron whose shot was deflected for a corner. Goal scorer Aasif couldn’t convert the chance arising from the corner kick.

St. Joseph’s was awarded a free kick in the 63rd minute. The effort was blocked by the Serendib SC’s wall thus had no effect on the scorecard.

Serendib SC immediately countered through Riyas dribbling past a handful of players before firing a shot which was again blocked by Deepak. Successive efforts by the hosts were effectively kept away by Deepak who was on song.

In the 75th minute, Serendib SC goalkeeper Mohamed Najaan palmed away a shot from Ronson Croos over the bar. During the last 15 minutes, both sides pushed for the winner and that made the whole show a fantastic spectacle.

In the penalty shootout both Sharon and Croos slotted home their respective penalties but Dean Jones and Mohamed Fazith missed theirs to keep it at 2-2 at the end of the 3rd penalty. In the 4th penalty R. Fernando missed his target giving the advantage to Serendib and Mohamed Nazrulla took it gleefully to send the hosts into the Round of 32.

Speaking to ThePapare.com, Serendib SC Coach Jiyaba Simon had this to say;

“Both teams played really well. We won in the penalties though both teams exhibited equal strength in all departments of the game. Involvement of the players and the support from the fans is very important in the win. We won the last three matches on  penalties. But this cannot continue. We should try to win games within normal time. We are going to prepare for it. You will see the changes in the coming matches.”

“Our players gave everything they had. However, Serendib played better than us. They deserved the result.”