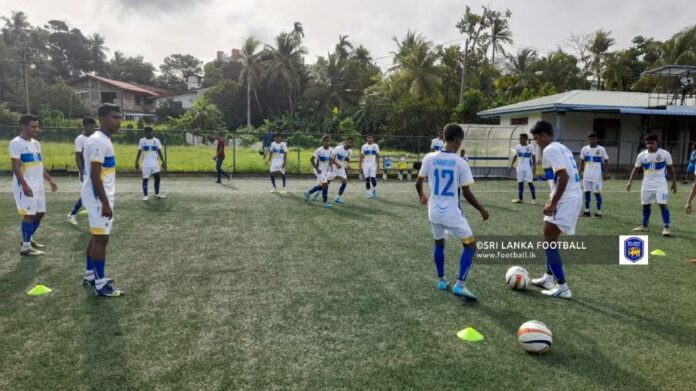 In preparation for the SAFF U20 Championship 2022, Sri Lanka U20 squad played their 2nd Practice Match against Sea Hawks FC at the Navy Grounds, Welisara.

Sri Lanka U20 squad lost 1-0 to Sea Hawks. At half time it was 0-0 and Sea Hawks took the lead near the 80-minute mark from a penalty which was scored by Mohamed Kurshid. Though Sri Lanka U20 squad lost, they showed an improved performance, compared to the previous game, against a much tougher opponent in Sea Hawks who finished 2nd in the Super League 2021.