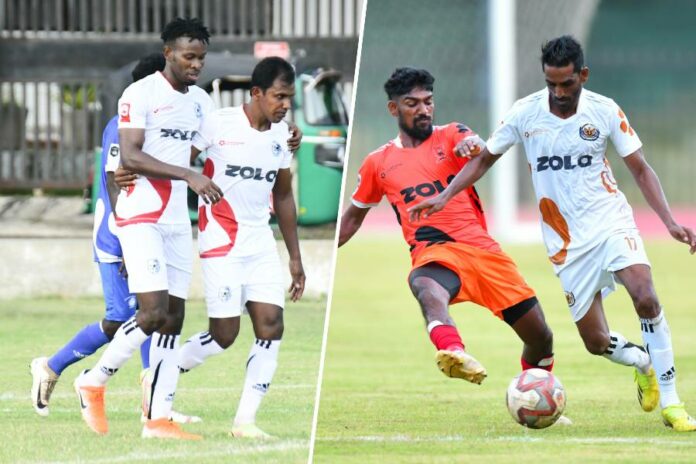 Solid fought back from a goal down to draw Saunders 1-1 in week 1 of the Champions League 2022 match played at the Sugathadasa Stadium.

Saunders were camped inside the opposition end in the 1st half and led 1-0 at half time through Chrishantha Abeysekara in the 16th minute. Saunders did have a few of chances but were not able to convert them into goals.

After a couple of substitutions, Solid started off the 2nd half well and equalized in the 55th minute through Samith Maduranga whose low effort from 25 yards out bounced off the upright and into the goal. Saunders had multiple opportunitites towards the end but let those and the win slip away much to the disappointment of the fans.

It was St. Mary’s skipper Anthonypillai Kilintas own goal that opened the scoring for Serendib in the 32nd minute before Evans added the 2nd in 45+3rd minute. After half time Evans made it 3-0 in the 64th minute and finished off the day with his 3rd and his team’s 4th in 90+2nd minute.