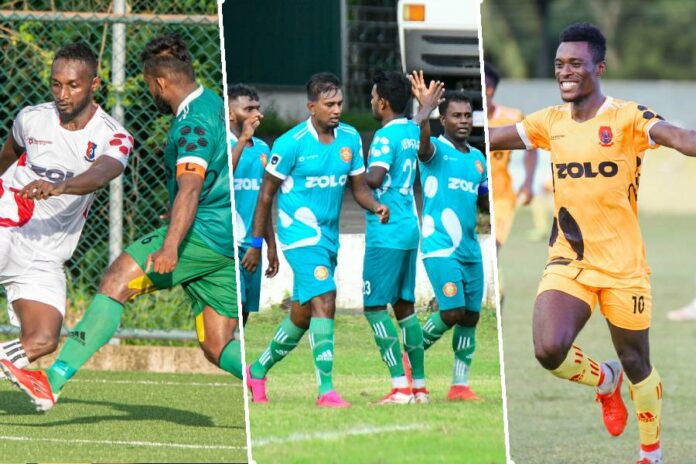 Moragasmulla dominated SLTB in a crushing 3-0 win in the Champions League 2022 week 1 encounter at the Beddegana Football Complex.

Moragasmulla dominated the game from start to finish and should have scored more against SLTB. It was Eranda Prasad who opened the scoring in the 10th minute finishing off a wonderful sweeping move. Moragasmulla led 1-0 at half time.

In the 67th minute Dilan Madushanka made it 2-0 before Prasad put SLTB out of their misery with a cheeky back flick goal in 90+3rd minute.

Matara City defeated Negombo Youth 2-1 at the Kotawila Grounds, Matara. Boadu Prince scored first for Matara in the 20th minute. In the 58th minute Negombo Youth equalized through Kamal Silva. It was Prince who retook the lead for Matara and with it the win in the 73rd minute.

New Star defeated Crystal Palace 2-0 at the Maligapitiya Grounds in Kurunegala. At half time neither team had managed to score. However it was Kelum Priyankara who scored both goals for New Star in the 65th & 88th minutes.

Richarlison at the double as Brazil begin with a bang