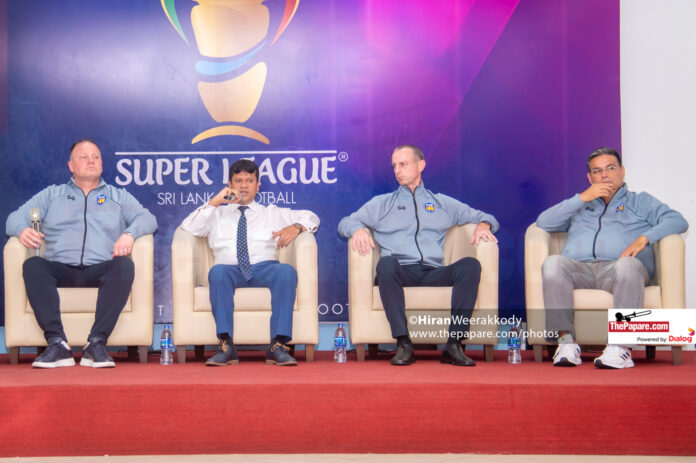 Scottish star Andrew Morrison started his playing career at Plymouth Argyle where he had over 100 appearances. He was with the Blackburn Rovers, Blackpool and Huddersfield Town before joining Manchester City (1998-2001) following their relegation to the third tier.

He went onto captain Manchester City to play-off final win, which earned a promotion to the club, and he received cult status amongst the fans. Morrison is remembered by Manchester City fans as one of their best-ever Captains, and was voted so in the club’s official magazine.

After injury hampered his playing career he took to coaching, where he was the Assistant Manager to Andy Preece at non-League sides Worcester City and Northwich Victoria, and then took over at Welsh Premier League club Connah’s Quay. He earned them their first ever taste of Europa League Football in 2016 and their first Welsh Cup triumph two years later. He guided them to back-to-back titles in 2020 and 2021.

Morrison will be flanked by Millwall legend Keith Stevens as his assistant. Stevens, a one-club player, has over 400 appearances as a defender for Millwall with 9 goals (1980-1999). In 1994, he was ever-present in the league as they finished third, but lost out on a place in the Premier League due to a playoff defeat at the hands of Derby County in the semi-finals.

Stevens was appointed player-manager of Millwall in May 1998 until September 2000. He was Assistant Coach of the inaugural championship, winning club Brisbane Roar in the Australian women’s W-League.

“We are making the right move, to make a change in the football landscape in Sri Lanka. This is the first time in 82 years of Sri Lanka Football that a contingent of four foreign highly-qualified coaching professionals are being appointed to the National Team. We are in the process of bringing down a Goalkeeping Coach very soon. Marcus Ferreira from Brazil has already started working as the Fitness Coach. We want to give the best for the country and Football.

In the coming months we will launch the 2022 Legacy Program, which will be a three-year project. I would like to thank Qatar Football Association, its President Sheikh Hamad bin Khalifa Al Thani and their management and the Aspire Foundation and Aspire Academy for coming forward to help us. Legendary Football player Tim Cahill, Director of Sports at Aspire Academy, will be driving this project with FFSL,” President of Sri Lanka Football Jaswar Umar mentioned.

Morrison and Stevens has been handed a three-year target to lift the fortunes of the national side. The National team will face Uzbekistan, Thailand and the Maldives over the next month as part of qualifying for the 2023 AFC Asian Cup, for which the team will be coached by an interim local Coach.