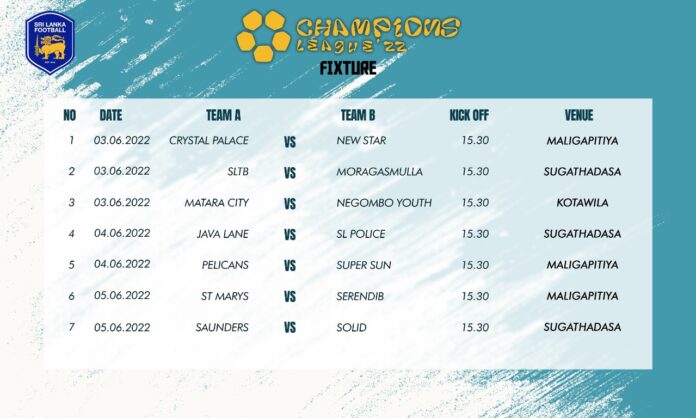 The Football Federation of Sri Lanka (FFSL) has released week 1 fixtures of the Champions League 2022.

14 Teams have been selected to take part this season and will compete against each other in a League format. Each team will play a total 13 matches and the entire tournament will comprise of 91 matches.

Matches will be played at four centralized venues selected by the FFSL. They are, Sugathadasa Stadium, Maligapitiya Grounds in Kurunegala, Bogambara Stadium in Kandy and the other Kotawila Grounds in Matara.