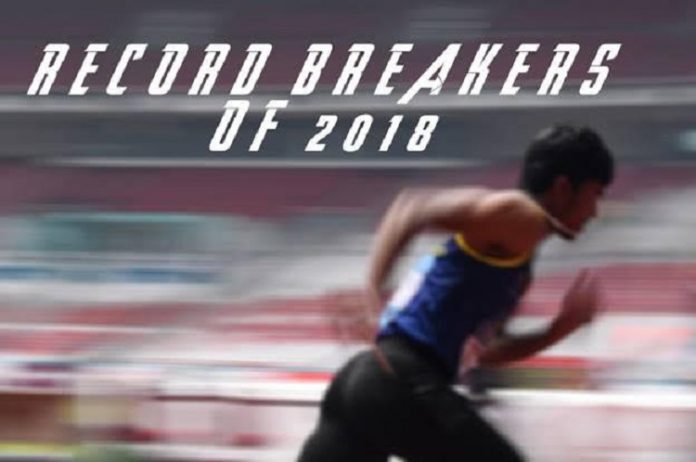 The year 2018 has undoubtedly been one of the best for national athletics in the recent past with track and field putting up some incredible performances.

Despite not managing to earn a podium finish at the Commonwealth Games and Asian games, the two main international competitions for this year,  some of the top Sri Lankan athletes managed to better their personal best and reach standards never achieved before to earn a national record to their name.

Here’s a list of the new national records that were established during 2018. 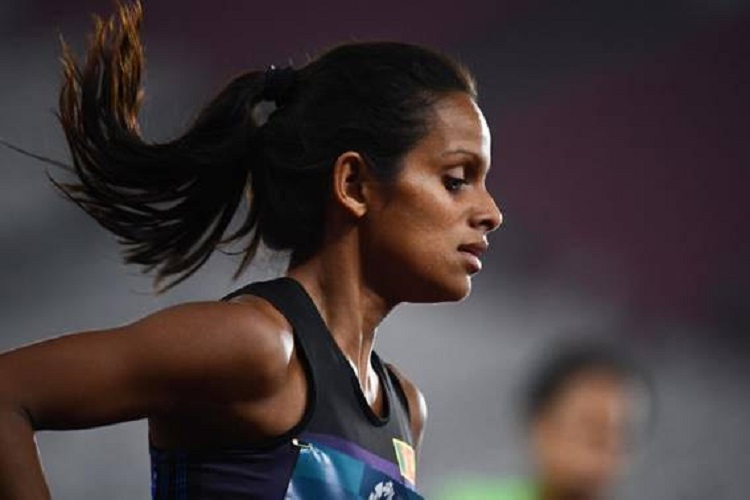 Long distancer Hiruni Wijeyratne who is based in the USA is undoubtedly Sri Lanka’s premier female long distancer. During 2018, she re-affirmed her authority as the best in business claiming three national records during the year. Hiruni started off the year in style as she managed to claim the Women’s marathon national record in January, clocking 2:36.35 at the Houston Marathon. She bettered the previous record of 2:40.07 held by Geethani Rajasekara at the Hongkong marathon. This performance earned Hiruni qualification to participate at the Commonwealth Games.

A month after claiming the marathon national record, Hiruni went onto renew her own national record in the women’s half marathon at the Mesa- PHX Half Marathon in February. Clocking 1:14:07 she bettered her previous record of 1:17.34 by over 3 minutes which was a remarkable feat.

In June, Hiruni claimed her third national record of the year. She clocked a time of 33:55.06 to better the previous record of 33:57.96 which was held by Sujeewa Nilmini Jayasena by over 2 minutes. This was indeed special since Sujeewa’s had stood for 15 long years which was established at the Sugathadasa stadium in 2003. 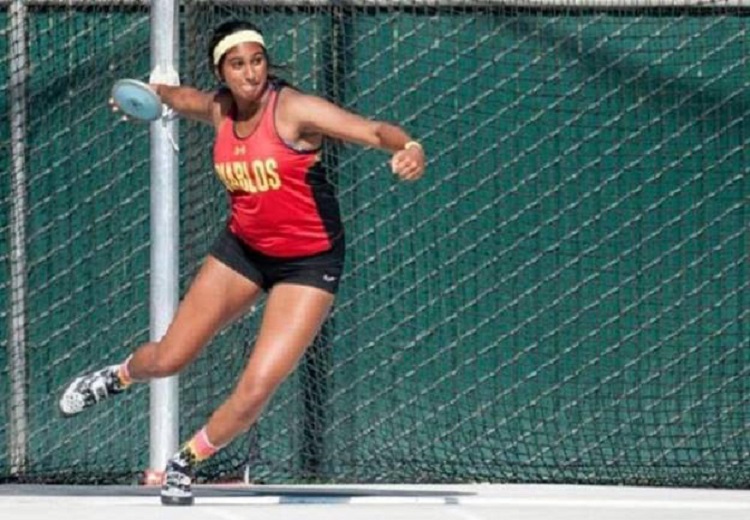 Another Sri Lankan athlete domiciled in the Unites states, Emma De Silva clinched the Women’s discuss national record in March with a throw of 48.02m at a track and field athletic meet held at the Arizona State University. She bettered the previous record of 47.95m held by Padma Nandini Wijesekara for 12 years since 2006. 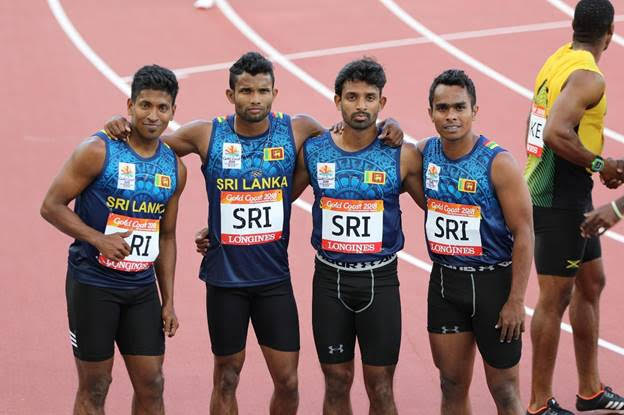 Sri Lanka recorded its largest medal haul at Commonwealth Games this year at the Gold Coast Commonwealth Games 2018. Despite athletics failing to contribute any medals to the tally, Sri Lanka’s Men’s 4X100m team created history at the Commonwealth Games as they clocked 39.08secs, coming 6th in the final to create a new national record, bettering the previous record of 39.38secs which was established in 2015. 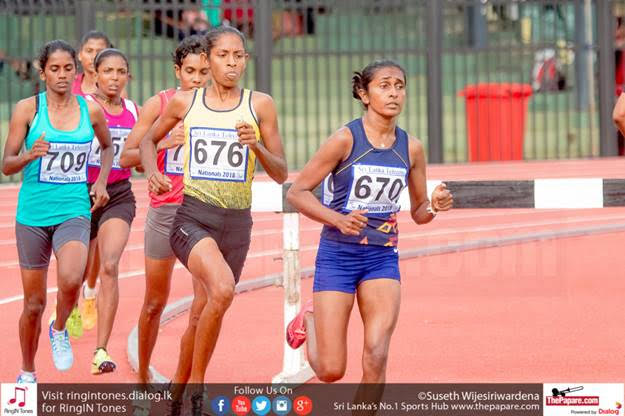 Nilani Ratnayake of Sri Lanka army has been steadily progressing as one of the leading long-distance athletes of the country. Niani bettered her previous national record of 10:03.94 at the Asian games test event which was held in Indonesia clocking 9:55.59. At the 96th National Athletic Championship, Nilani bettered her own record despite not having competition. She clocked 9:46.47 on the opening day of the championship. 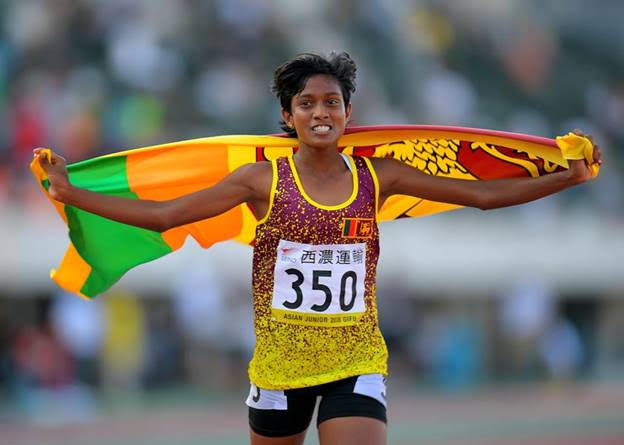 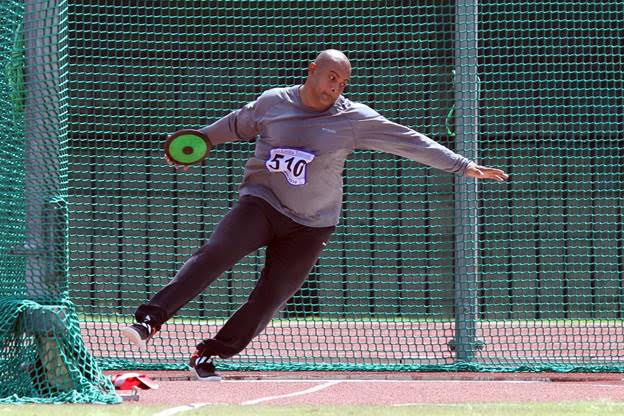 National Discuss Champion Gayan Jayawardane bettered his own national record in the event at the 96th National Athletic Championship. Gayan bettered his previous national record of 53.02m by 3.20m to claim the new distance of 56.40m. This was a remarkable performance by him, making a comeback to the sport after a lapse, having travelled to the middle east for employment. 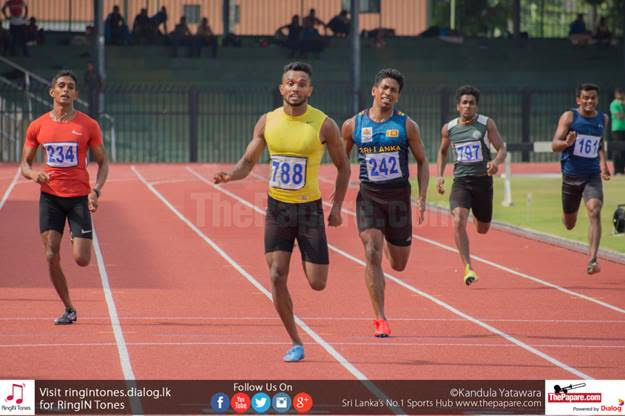 Sprinter Vinoj Suranjaya has emerged as one of the leading sprinters of the Island showcasing dominant performances in past couple of years. At the Senior National trials, Vinoj claimed the national record in the 200m, an event which he is fast becoming the undisputed leader. Clocking 20.65secs, Vinoj broke the previous record of 20.69secs by stalwart Sugath Thilakarathne which was established at the 1996 Asian Games in Bangkok where he won Bronze in the event.

Having bettered the indoor 800m national record twice at the Asian Indoor championship, Indunil Herath was identified as Sri Lanka’s prime prospect in the Men’s 800m. He was identified as one of the leading medal prospects at the concluded Asian games and was sent on a specialized training to Kenya where he attended a 7-month training. Despite not being able to feature in the podium at the Asian Games, Indunil impressed during his training stint in Kenya as he claimed the 25 year old national record in the Men’s 800m clocking 1:47.13secs at the Kenyan President’s Cup. Indunil bettered the previous record of 1:47.56 which was established by Ranjith Subasinghe in 1993. 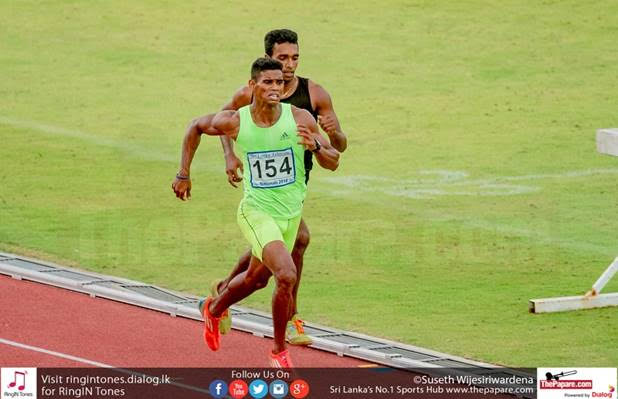 The Iron-man, Ajith Karunathilaka is the only Sri Lankan to have breached the 7000-point mark in the demanding Decathlon where athletes have to compete in 10 events within the span of 10 days. Ajith Kumara who has been bettering his own since 2014 had a good year as he managed to keep pushing himself to better his own record despite the lack of competition in Sri Lanka and not getting opportunity to participate in the overseas competitions. At the 96th National Athletic Championship, Ajith Karunathilaka bettered his previous record by an amazing 7356 points. 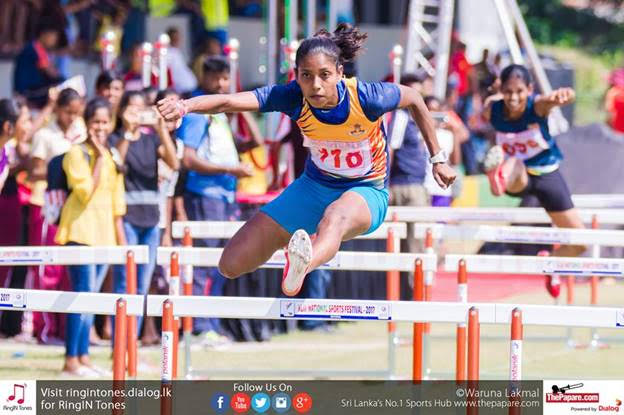 Iron-woman Lakshika Sugandi of the Sri Lanka Army who has been making waves in the heptathlon, stole the limelight at the Army Athletic meet by bettering the national record she established at the 96th National championship. Sugandi accumulated a total of 4911 points and surpassed her previous record of 4906 by 5 points. It’s a remarkable feat by the athlete who arguably is the most versatile track and field athlete in the country. She is the national champion of the Women’s 100m hurdles apart from being the national record holder in the grueling heptathlon where she has to compete in 8 events in the span of two days.