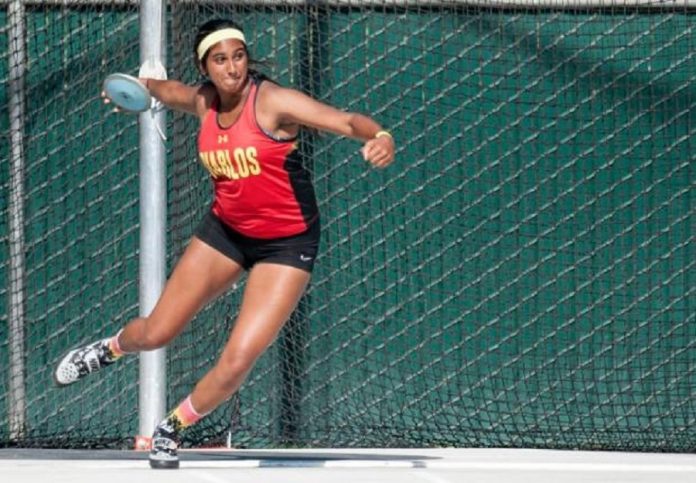 With a throw measured at 49.70m Emma managed to better her own national record by 24cm and is sending out a strong message to the national selectors and will be a valuable addition at the upcoming Asian games if selected.

Emma laid claim to the then 12-year-old national record by Padmma Nandani Wijesekara when she threw 48.02cm at the Pac12/Big10, track and field invitational meet at the Arizona State University in late March.

Participating in an  invitational competition at the beginning of April, Emma managed to better her own record by 22cm and 1.44m  with her 2nd and 5th throws measuring 48.24m and 49.46m respectively thereby renewing her own record twice at the same event.

The 20-year-old 5’11 athlete who has been training and studying in the USA has come great strides in the past year as she has bettered her personal best by over 5meters which is a remarkable feat.

ThePapare.com congratulates the young athlete and eagerly look forward to her becoming the first female discus thrower of the country to breach the 50m mark.