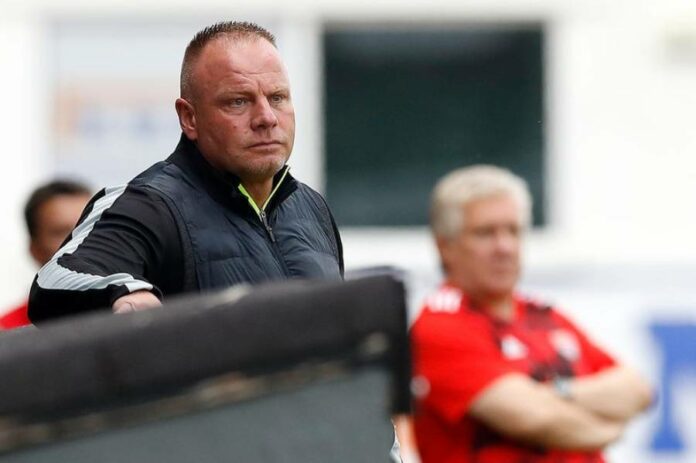 The sporting body have made these appointments in line with a new project, along with Qatar’s Aspire Foundation, which aims to uplift and build a stronger National Team in Sri Lanka within the next 3 years.

Morrison is a beloved former Captain of Manchester City, which he represented from 1998 – 2002. He has also played for Huddersfield Town, Blackpool and the Blackburn Rovers. As a Manager/Coach, he has seen success in the Welsh National League, with Connah’s Quay Nomads from 2015 – 2021.

Morrison will succeed Bosnian born Amir Alagic, whose time with Sri Lanka Football saw steady growth within the Men’s side. FFSL, FIFA and Alagic agreed to part ways considering the difficulties faced due to the current economic situation in the country.

Assistant Coach Stevens has 557 professional appearances in English Football League (EFL), representing Millwall from 1980 – 1999. After moving to Australia, Stevens has been involved in the local leagues, including the inaugural championship winning club Brisbane Roar in the Australian women’s W-League. According to FFSL, he will be the skills development coach and work with every player to upgrade their skills.

FFSL are also reportedly in talks with a Goal Keeping Coach.

Morrison and Stevens are expected to be in the Island by Friday to take over the team as preparations for the AFC Asian Qualifiers begin.

This is the first time in Sri Lanka’s Football history that 4 foreign coaches, including fitness coaches, are being employed to work with the National Men’s Team.

Under this program, talented players are expected to be given scholarships to play in the UK and Europe and continuously train at Qatar Aspire Academy.