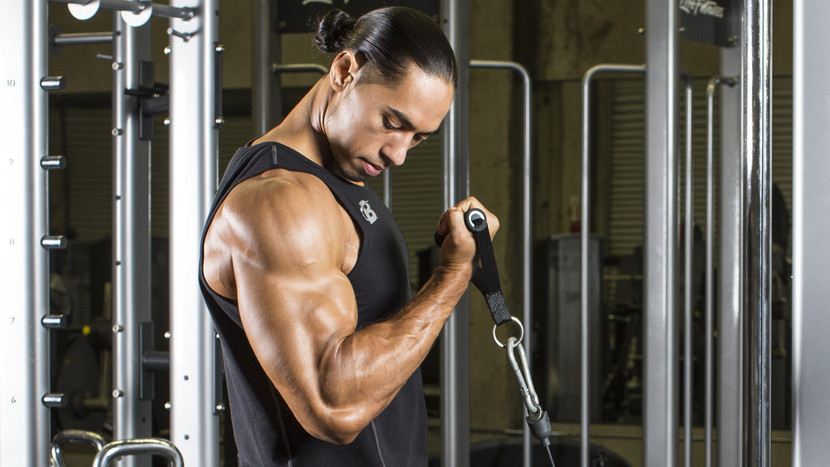 You want big guns? We’ve got the right exercises for you. Bow down to the machine!

Let’s set aside for the moment that whole “machines versus free weights” argument. Regardless of which one is “best,” they both have their place in a well-rounded workout. Since it’s arm day, let’s talk about the best machine movements for the biggest mirror muscle of them all: the biceps.

About the Move: The machine version mimics the free-weight movement pattern you’d do on a preacher bench. In both settings, you place your elbows in front of your body, which creates slack in the biceps long head, making it incapable of contracting strongly. That puts the focus on the short (or inner) biceps head. 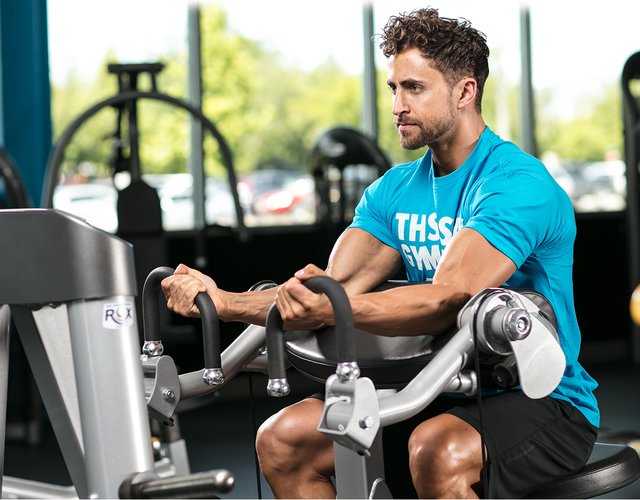 Why We Like It: For one, the machine does a good job of isolating the biceps, because the backs of your arms are firmly against a pad. This makes it harder to cheat. It’s also easy to make weight changes for dropsets. The machine also makes it easier to do other advanced techniques, such as 21s and one-and-a-halfs.

You can also do curls one arm at a time, using your free hand for forced reps or even negative-rep training.

About the Move: Think of this exercise as the opposite of the preacher curl. Because the machine allows your arms to hang straight down as you lean back on the incline bench, the long head of your biceps is now fully stretched in the bottom position and ready for a major contraction. Just don’t bring your elbows up at the top!

Why We Like It: Want more biceps peak? You’re not alone, which is why incline curls are so popular in arm routines. You can also use advanced incline-curl techniques on the machine, including forced reps, dropsets, one-and-a-halfs, 21s, and peak-contraction work.

About the Move: There’s a whole slew of cable variations on the curl. But because of the flexibility provided by the cable pulleys and how you stand relative to the machine, you can do lots of variations on just one machine. 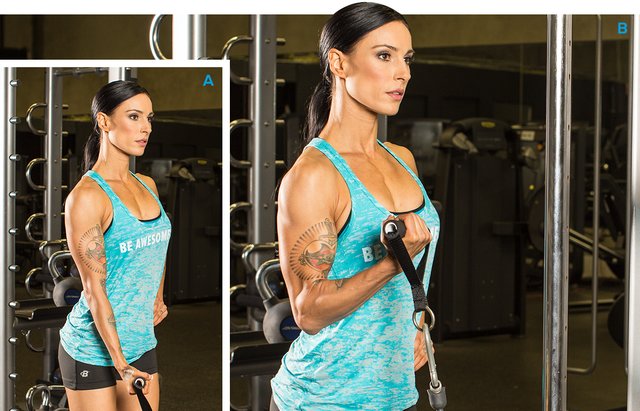 Why We Like It: When you do curls with a cable,you can change the angle of pull by adjusting the pulley upward or downward, allowing you to make a single exercise work in multiple ways. This also might be the most shoulder-friendly biceps exercise, because you can stand facing the pulley, away from it, or at any place in between to complete the movement from multiple angles.

About The Move: The drag curl is sort of an anti-curl. With most biceps curls, your hands follow an arc; in this movement, they travel up and down (or close to it). Then, instead of locking your elbows by your sides, you push them back behind you as lift the bar. This movement enables you to work both biceps heads.

Why We Like It: With the Smith machine drag curl, you’re able to significantly reduce anterior-deltoid involvement. The fixed path also helps you maintain better form, while the balanced load allows you to train more safely toward full muscle exhaustion.