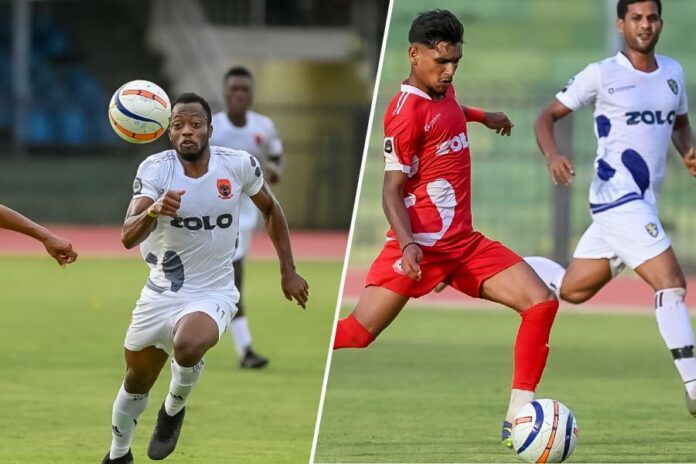 Java Lane and Matara City kept each other in check while Serendib stumbled in the race to the championship in week 9 of the Champions League 2022.

Java Lane thumped Negombo Youth 5-1 at the Sugathadasa Stadium. A brilliantly executed corner kick routine saw Mohamed Aleem open the scoring for Java Lane in the 9th minute. Naveen Jude scored the 2nd as they went into half time leading 2-0.

Soon after half time in the 52nd minute Oluwaseeun Olawale scored a penalty and Naveen’s 2nd in the 68th minute made it 4-0. Niluka Janith’s fantastic free-kick in the 70th minute saw Negombo Youth pull a goal back but Naveen finished off the game with his hat-trick and his team’s 5th in the 90+1st minute.

Serendib and SLTB played out a 2-2 draw at the Bogambara Stadium. SLTB scored first in the 7th minute through Shanmugaraja Sanjeev before Mohamed Issadeen equalized in the 16th minute for Serendib.

Wijekumar Vignesh gave Serendib the lead in the 54th minute but Vijesundaram Yugesh made it 2-2 in the 61st minute.

Matara City came away with a tense 2-1 win against Saunders in the late kick off at the Sugathadasa Stadium. Boadu Prince scored in the 24th minute for Matara as they led 1-0 at half time.

After the break in the 49th minute Larbi Prince made it 2-0 while Rusiru Lakmal’s own goal in the 81st minute made it 2-1.