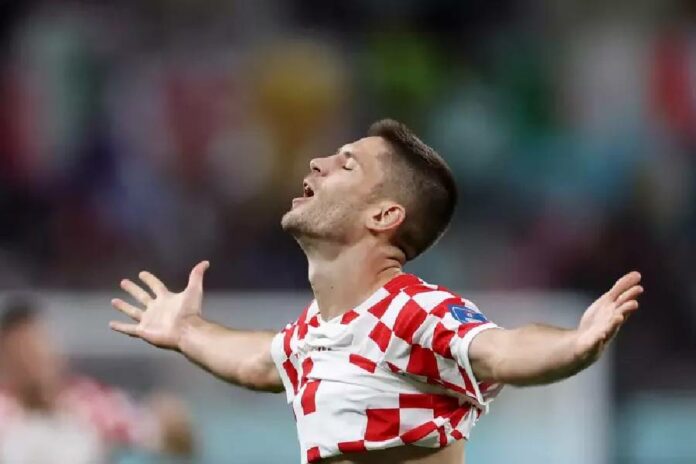 Croatia closed in on the last 16 with victory on Sunday evening as Canada exited the tournament after this second straight Group F defeat.

Alphonso Davies scored Canada’s first FIFA World Cup™ goal but John Herdman’s team are out of Qatar 2022 after 2018 runners-up Croatia recovered from conceding in the second minute for an ultimately comfortable victory.

Bayern Munich star Davies barrelled into the box to plant a firm header past Dominik Livakovic following Tajon Buchanan’s teasing delivery from the right. Andrej Kramaric had the ball in the net after 26 minutes but the effort was ruled out due to creator Marko Livaja straying offside in the build-up. There was nothing wrong with Kramaric’s next strike, a crisp 36th-minute finish across goalkeeper Milan Borjan after Ivan Perisic’s reverse pass released the striker on the left of the penalty area.

Croatia completed the turnaround 60 seconds before half-time. Josip Juranovic burst forwards from right-back to feed Livaja, who prodded the ball out of his feet before firing into the bottom corner from 20 yards.

Canada substitute Jonathan Osorio shot narrowly wide shortly after half-time. But Croatia had gained almost complete control and deservedly stretched their lead when Kramaric controlled Perisic’s lovely floated pass from wide on the left to cut inside and curl beyond Borjan for his second goal. Lovro Majer came off the bench to complete the scoring deep into stoppage time following a slip from Canada defender Kamal Miller.

Croatia were up against it from the second minute after conceding to Davies and would have wondered if it was not their day when Kramaric had a ‘goal’ scratched off for offside against Livaja.

The shape and the mood of the contest spun, however, when Kramaric – who clearly has his eye in – defeated Borjan with a clean strike into the far corner to cap a sweeping passing move. Canada were noticeably rocked by the blow and found themselves trailing 2-1 before they’d had a chance to clear their heads. Coach Herdman’s side would have liked their chances of either preserving or adding to their lead if they’d kept their noses in front until half-time.

And the longer the game went at 1-0, the runners-up four years ago, Croatia, would have feared their name joining Argentina, Germany and Belgium among the victims of major upsets in Qatar. Kramaric’s classy finish, however, turned the contest conclusively in the European team’s favour and nipped the prospect of another shock in the bud.

Davies’s goal was the first scored by Canada at a World Cup. The Canadian team at Mexico 86 drew blanks in all three group matches and the North Americans were beaten 1-0 by Belgium in their opening game of this tournament.

Leading from the front with a defiant display, topped off with two goals! ⚽️ ⚽️

Andrej Kramarić’s performance for the ages makes him your @Budweiser Player of the Match. 👏