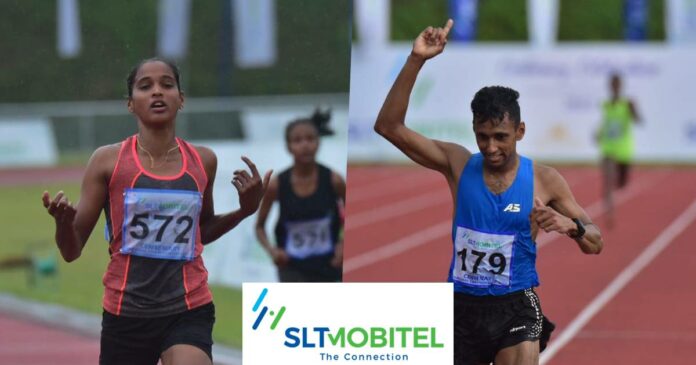 The third and final day of the 100th National Athletics Championship concluded earlier today (10th April) at the Diyagama Mahinda Rajapakse Stadium. The days’ action was cut short due to heavy rainfall, with the meet being postponed to later this month.

The third day kicked off with the Men’s 10,000m final with close to 40 athletes in the starting lineup. Of all, D S Dissanayake pulled away from the herd to his gold medal in the event. He clocked in at 30:48.75min to claim the top spot.

Nilanthi Lanka Ariyadasa returned to the track hot off her 10k victory on Day 1, to cross the finish line of the Women’s 5000m first. Nilani Ratnayake started the race with a stronghold on the lead but left the race around the ten-minute mark citing difficulty in breathing. Nilanthi Lanka then began her ascend to the top spot, eventually winning the event with a time of 16:56.08min.

After this, heavy rain flooded the tracks at Diyagama and play was officially called off for the day. Many sprint events including the 100m and 400m semifinal and finals were left incomplete.

The rest of the events were postponed to the 23rd of April, before the entry deadline for the 19th Asian Games which will take place in Hangzhou China later this year.