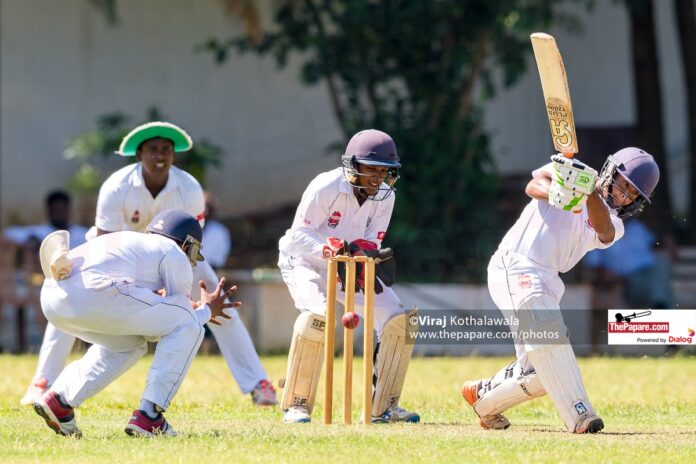 After winning the toss, the visiting team Devapathiraja College opted to bat first but their decision didn’t work out as planned as they were bundled out for just 153 runs in 44.2 overs.

Dinitha Prabhanka made useful 44 runs for the visitors while Ramitha Bandara starred with the ball for the hosts taking 3 scalps for 17 runs.

Though 154 seems an easy target on paper, Maris Stella also struggled in the run-chase losing 8 wickets, but they managed to cross over the line at the end in the 45th over.

Hasindu Perera played a vial of 45 runs with the bat for the victorious Maris Stella College. Pathum Shaminda bowled extremely well for Devapathiraja College taking 3 wickets for 32 runs but his efforts went in vain as he ended up on the losing side.