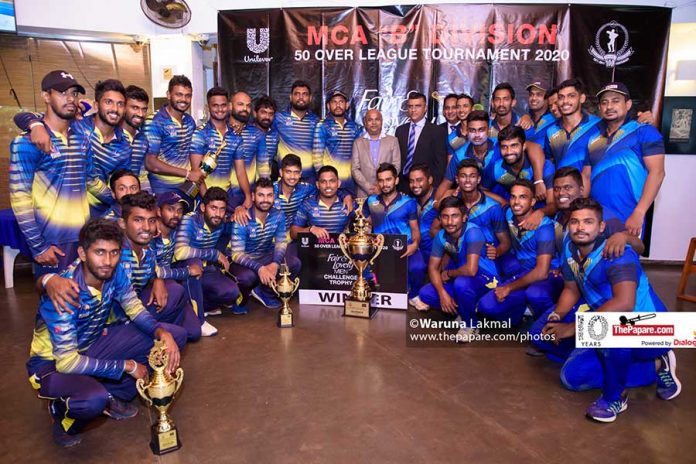 Shehan Fernando hit a scintillating century in an already rain reduced affair, but the rain was the eventual winner as HNB and MAS Silueta were declared joint champions in the MCA B Division 50 Over League Tournament.

A soggy outfield at the MCA ground led to the grand final being reduced to a 23 over game as HNB won the toss and asked MAS Silueta to bat first.

Former Peterite Shehan Fernando exploded to a rapid century as he got to the three-figure mark inside 16 overs. He in-fact remained unbeaten on 101* when the heavens opened up while Sangeeth Cooray also made 33.

None of the HNB bowlers had answers against the Fernando onslaught as MAS reached 154/3 at the end of 16 overs.