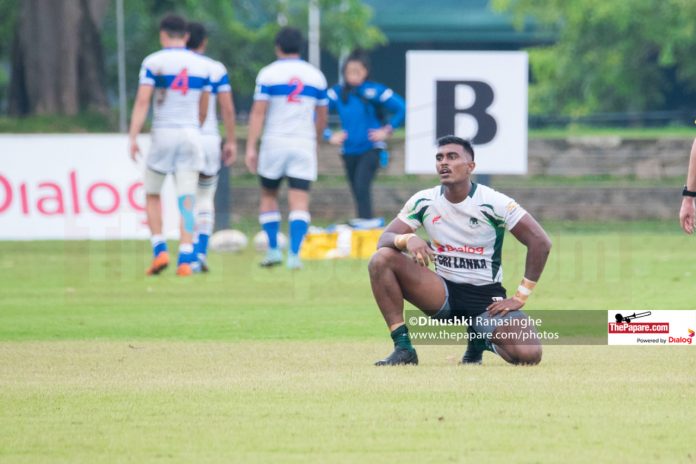 This, as far as representative rugby at the highest level or SL “Tuskers” grade.

That typical narrative which turns to debate, Club or country? … the perceived evil of money versus the self-righteous patriotism which is expected at times where, as Dickens said, “the season of light” which has now sort of become a rapidly diminishing one into darkness… or so it seems. The swiftly sliding country ranking in world rugby is a barometer to the abyss it finds itself in.

All this, despite local player and coaches’ salaries reaching and all-time peak. Furthermore with anyone remotely connected to any of the “A division” teams, be it carrying drinks or ordering tropical fruit for half- time replenishments making a buck and a half. There is no shortage of entourages and hangers-on in what has now mushroomed into a cash cow “economy”, despite appalling crowd numbers apart from one team and its home venue. 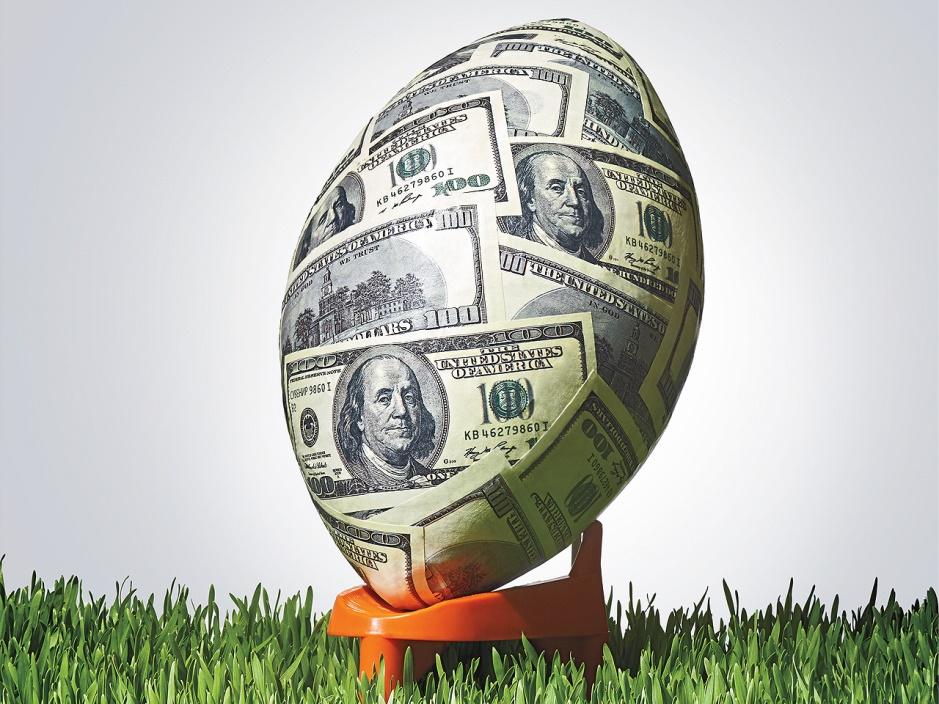 In a usual and episodic happening, much like a tele-drama which ends and then begins, several players who all happened to be from Kandy– Sri Lanka’s utterly dominant club champion of the new millennium, decided to be “unavailable”. A raft of reasons, from injuries to pursuing higher studies have been given as the official line. Will not attempt to document detail, instead, examine both sides of the coin so everyone reading it can “chew on its fat” and perhaps, just perhaps outline a framework. A novel approach which will work and enable everyone to work towards cooperation. 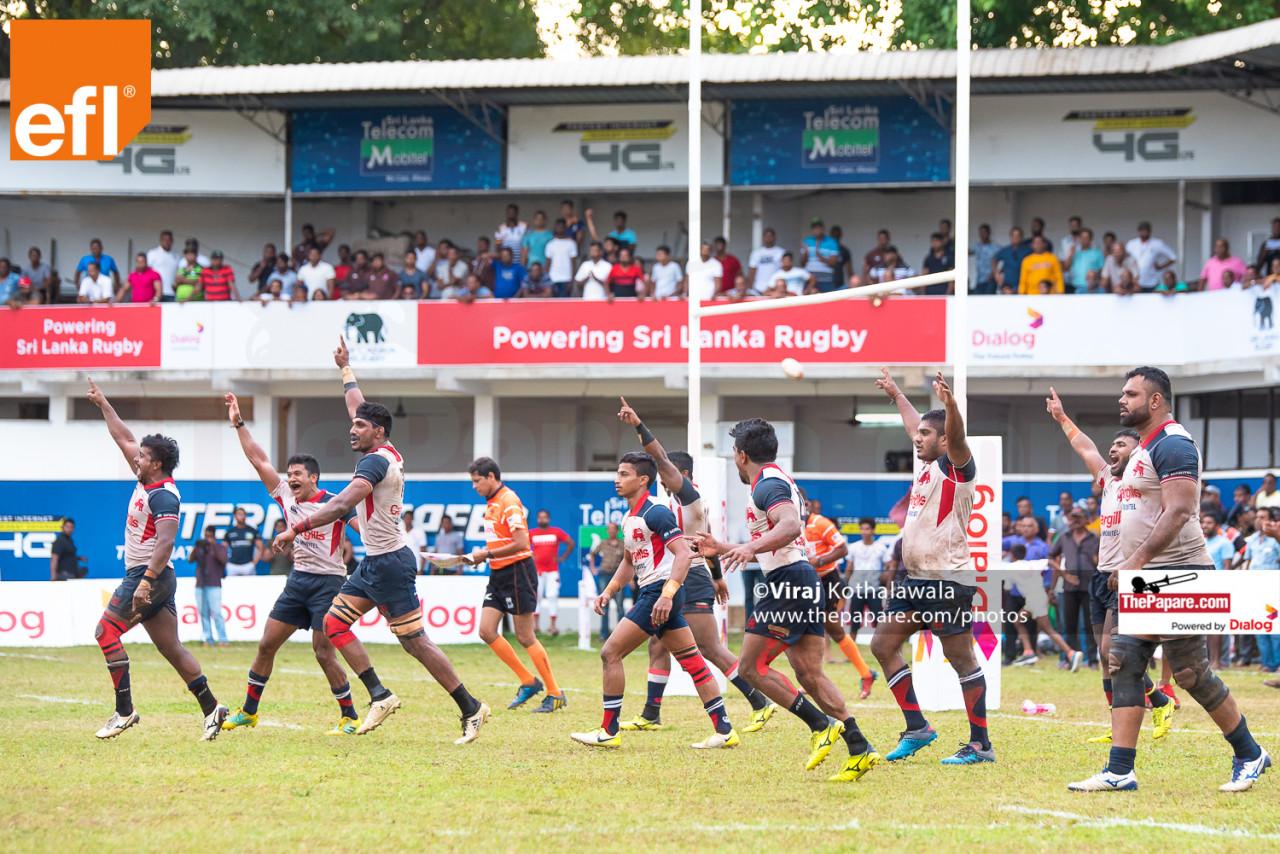 The backdrop and noise to all this is that Clubs who are willing to “look after” their assets, the players, to their absolute ability which Sri Lanka Rugby (SLR)– is unable to. This point of view has been expressed behind Chinese walls by several players and their support “pose” on social media.

Read More: How a Flower stole a Tusker’s spotlight!

Salaries, cash bonuses and in some cases, home and abode and fancy cars– not forgetting a job to fall back on in case it all goes pear shape. All of which allegedly, SLR is unable to provide.

On the other hand, the crusaders for promoting national interests of patriotism, who obviously, work as volunteers and live on tree tops, depending on hand outs from passers by for their nourishment started beating their drums calling for these “traitors” to be banned and flayed for their stance. This also included a lynch mob of “fans” who took the opportunity to slam Kandy SC and their suggested holier- than-thou antics, blaming player pull outs as a “managerial” decision.

They questioned the very attitude and outlook by the club and its players which included two new recruits crossing over from CR & FC. All this based on an assumption and “a well-known secret”, that the reasons for non-availability may not be genuine and that there is more than just meets the eye. In short, club politics and misconstrued priorities. Allegedly. There is never ever any concrete evidence to back up any of these theories but yet it exists. Always.

A clear coming to a head, a poorly regulated (and administered) sport which brands itself in a professional era being bound by semi-amateur threading. For its good fortune there are enough sponsors who are willing to pick up the tab for what is best described as vanity fair. That said, suspect that merry go round may not last forever.  It will eventually become a case of having an also-ran racehorse for glamour and be put out to pasture by broken coffers.

Endangering by this the survival of the Dialog Club league and the fat cheques and bank transfers players and coaches get cut on the last day of the month. My point being, it is in the BEST interest of everybody that they get their act together sooner rather than later. Filtering through the suggested politics, lack of regulatory foresight and most of all sense of entitlement that getting paid more for doing the least.

Cutting to the chase. There’s been an alleged undercurrent that a player or group of players making themselves unavailable for national duty and instead, make it their priority to play for their respective club.

This is nothing new and has snowballed into a prickly thorn much thanks to social media and those patriots who work for free and hang out at McDonalds for free WiFi. Yes, you guessed right, as they probably couldn’t afford the data otherwise.

The most pragmatic and effortless answer is to simply take it at face value and pick those who are available. After all, you can’t force anyone to play sports against their own will (or so we are made to believe). This will mean the new kids on the block get a shot at national colours and a chance to cut their teeth as internationals.

That is of course taking the shortest route home and in the current context, without your best available player pool sending a team to make up the numbers. It will only be a plaster for a festering wound, dug up on the eve of the international season.

Given that the rest of the competition has improved by leaps and bounds, this will give Sri Lanka next to no chance of winning, let alone being competitive.

Moreover, the suggested issue is that club rugby has now overtaken rep rugby in the order of priorities. For whatever the reason or reasons. So let’s look to nip that in the bud and treat the main tumor rather than the symptoms of a periodic migraine.

Since we are on the 7s matter, let’s be very specific. Whether all stakeholders like it or not (the players and coaches love it), the mercantile sevens– the glamour gig for corporate bragging rights and lunch room boast mode has now replaced the club sevens as the “goto” 7s competiton.

Looking at how many star players are employed by outfits such as MAS and Access (this years joint champs) for reasons such as (or other than) their knowledge and MBA’s to add value to these PLC’s, almost all the key players make their appearances. This year’s finalists were stacked with virtually all of the countries top 7s and 15s exponents. The same can be said about coaches, assistant coaches, S&C and blah blah. You get the picture.

One of the corporations I spoke to (who I won’t name) said that “they spend 9-10 million LKR per tournament based on salaries, coaching and incidentals and our return is the branding”. The businessman and entrepreneur in me says that the same amount of coin spent on google ads and social media campaigns to get far bigger and more specific reach of branding. Nevermind. I digressed.

So, how does this corealte to a solution?

Well for starters, given the money, glamour and demand there is for this gig, turn it into a circuit with the following key changes and reforms.

The above will require the season proper or club 1st XV segment to be altered and shortened but based on what I am seeing, it is very obvious that SLR are on the brink of focussing on the shorter format. The fifteen’s will soon become a local “bragging rights” competition and that’s where it will end. Sri Lanka does NOT have the resources and player capabilities to sustain both 7s and 15s formats and be competitive under the current model.

It will only end up with a waste of valuable finances and it won’t get any better than where it is right now. On the way to the rock bottom in the international scheme of things. Therefore SLR will have to make a strategic call on where they pool their resources and tactical thinking to deliver the best value for money result.

Rise up or fallout?

What I have suggested and I am not going to reveal the whole blueprint, that is for another day to be discussed at rugby HQ– should they be serious about bringing in change.

The proposed reforms will do one of two things. Those who are not comfortable and have no genuine interest in playing any further than their club will do exactly that. Make their money and stay home, tending to their flower gardens. Absolutely fine, it is afterall a free world.

Those who want to go that much further and represent their country can do so and have a shot at making seriously good and more money on the proposed contractual stream lining.

Not expecting everyone to like what has been proposed and they won’t. There will be plenty of opposition as this would mean capping player earnings and what clubs can spend on a season. Furthermore, by introducing a performance and representative contract system it means you work harder and longer to make possibly the most money you can ever make, legally, within a binding contract as well as paying tax (as we all do).

But from a fan’s perspective, the country’s perspective and player motivation for highest representative honours, there is no better framework than the #straightup blueprint.

Afterall, everyone on the PC (Politically correct) platform says they want what’s best for rugby and their country. Well, guess what, under this proposed framework there is no better time than NOW to put it to the test. It will almost instantly seperate the real contenders from the pretenders. It will put an end to the gravy train and restore true professionalism to local rugby. A level to which any participant will be proud of and be respected when he states “rugby player” on the profession column on his passport.

On top of it, given the corporate reporting requirements and disclosures there is little to no room for short cuts, “ghost” transactions and minimises poor governance. This of course in theory should be the case. That said, unless there is a willing change and a starting point, how is SLR and the sport in Sri Lanka progress?

In a country where its sporting prowess has been infected by the very political rhetoric and methodologies, it comes as no surprise that this capitalist-morphed dysfunctional model has come to prevail.

Everyone will have to give up something, somewhere along the line; in the name of progress. All said and done, actions and not words will speak the loudest and bring about this groundbreaking change. There is no better time than now to enact this change.