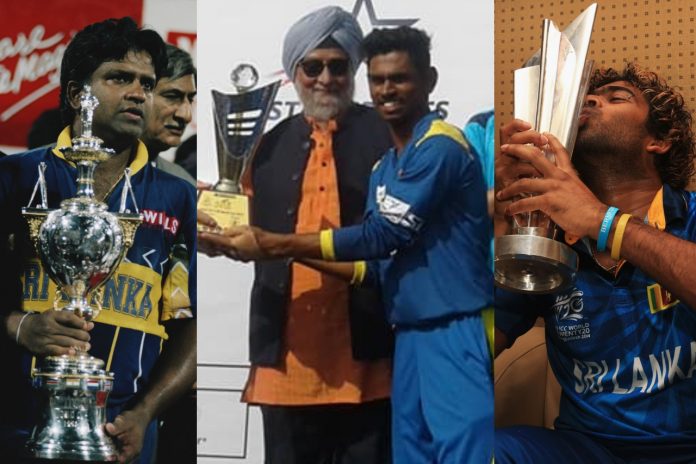 On a Friday evening, expecting yet another Friday special from his excellency the general public of Sri Lanka came across one of the most unlikely news, a ‘World Title’ for Sri Lanka in ‘Cricket’.

What’s unlikely in it? Sri Lanka have already won 2 world titles in cricket, have featured in so many World Cup finals, is a country with Test status since 1981 and have produced a number of legendary cricketers. So what’s so special, one might ask? Surprisingly no one did so. Instead, it was messages of happiness, surprise and relief pouring from all parts of the country.

At Maitland Place and Reid Avenue where Sri Lanka Cricket and the Ministry of Sports offices are based, some lengthy…

To be more precise, the general Sri Lankan wasn’t even aware of the fact that a team representing Sri Lanka were participating in a final of a world tournament. The inaugural World T20 for the cricketers with hearing disabilities had begun on the 23rd of November in Gurugram (India) and failed to catch the attention of the cricket crazy Sri Lankan public until the final was done and dusted even though a team from Sri Lanka took part in it.

Having made it to India despite several short-comings, the gritty islanders managed to get the love and attention of the beloved people whom they’ve been representing since the inaugural Deaf Cricket World Cup in Melbourne in 1995/96.

After almost 22 years since their inception, the deaf cricketers of Sri Lanka have made their nation proud of them and more importantly they’ve been able to make the Sri Lankans be proud once again of their cricket.

Looking back at the years, a visible constant of the team has been that they have always stood tall. Jayalath Aponso, the Head Coach of the Sri Lanka Deaf Cricket team has been working with the boys since the time the team was initiated.

A happy man, Aponso said “We came here with lack of facilities, but Sri Lanka Cricket, Sports Ministry and our sponsors supported these cricketers. In fact winning the World T20 is a great achievement” after the final in which years of his hard work produced a historic result. He further stated that his team of cricketers were maintaining good team spirit throughout the tournament and their commitment was very high.

Speaking to the media after arriving at the Bandaranaike International Airport Katunayake, team manager Indrani Ariyawickrama praised the head coach Aponso and his assistant Ushantha Gunarathne. Speaking further on how the team was picked and practice sessions took place, she said “Initially we selected 60 players. From them the best 15 was picked for the World Cup. This squad were involved in practice sessions thrice a week for a almost 5 months”.

Participating in a world tournament with just 5 months of training behind them the performance they showcased is simply amazing. Ariyaratne also stated that the boys were very strong and determined in the field that they even didn’t care of any injury which was caused during matches.

On their way to become World Deaf T20 Champions, they beat India thrice in the tournament and beat countries like Australia and South Africa, who train with utmost facilities and resources comparing with the Sri Lankans.

Leading the team right from the front, Gimadu Malkam was adjudged as the Player of the Tournament for his superb performance with the bat throughout the tournament. He top scored in the tournament with 332 runs in 7 matches also taking 11 wickets with has handy little leg spin. 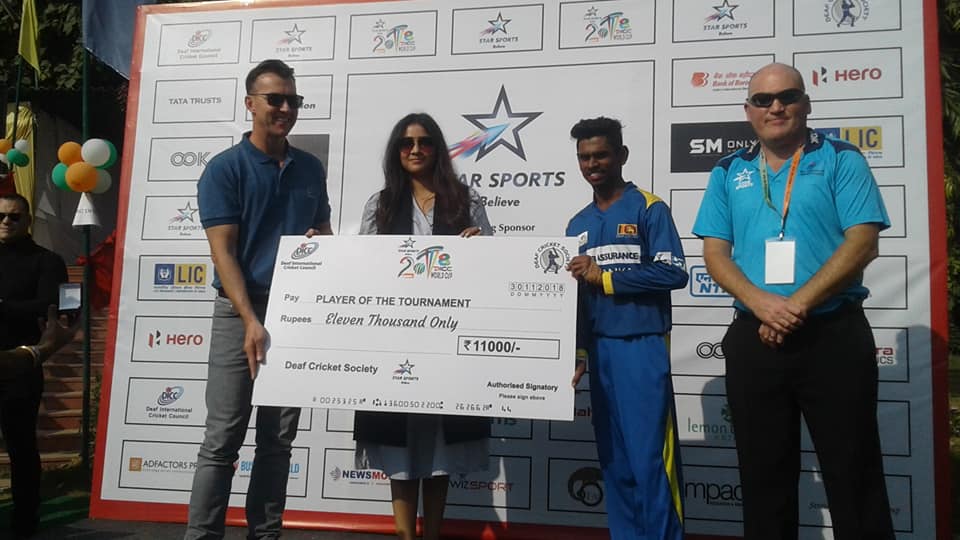 We at the ThePapare.com herewith extend our heartiest wishes to the Sri Lanka Deaf Cricket team on winning the 2018 Deaf-ICC World T20 and increasing the count of World Cricket Titles of Sri Lanka from two to three. We wish the Deaf Cricket team all the very best to bring more trophies to our nation.