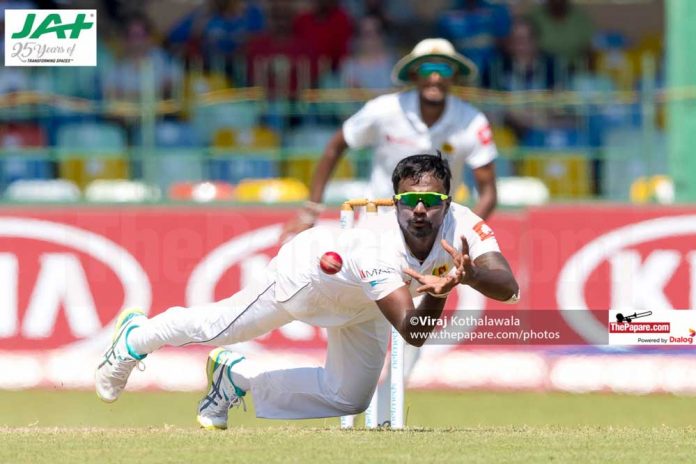 At Maitland Place and Reid Avenue where Sri Lanka Cricket and the Ministry of Sports offices are based, some lengthy discussions were taking place following Sri Lanka’s embarrassing 3-0 series whitewash at the hands of England earlier this week.

A new selection panel has been put in place and they were involved in these discussions that also involved the coaching staff of the national cricket team, SLC hierarchy and Sports Ministry officials.

It is heartening to see that Chairman of Selectors Ashantha De Mel insisting on doing all within SLC’s means to address the team’s fielding woes. His plea needs to be supported by all and sundry because Sri Lankan fielding and cricket in general has become the laughing stock at the global stage at present.

De Mel has been a selector before half a dozen times; thrice as Chairman and the national cricket team reached new heights during his tenure. He has seen before how the presence of an expert fielding coach like Trevor Penny did wonders to the team. So, don’t be surprised if he insists that someone like Steve Rixon joins Sri Lankan ranks.

There are also people who are trying kill the idea saying that Rixon is too costly. Well, let them be told that if you throw peanuts, monkeys will come.

When Mickey Arthur took over Pakistan, he realized that the team is not heading anywhere with their sloppy fielding. So, he hired Rixon to be Pakistan’s Fielding Coach and when they won the Champions Trophy last year, they proved that they are the best fielding team in the region.

Sri Lankan authorities have also lacked imagination. When India Under-19 were in the island early this year, their Head Coach W.V. Raman spoke so highly about the Sri Lankan fielding. The senior team is always better off getting one of these players into the squad and utilizing them as reserve fielders.

Surely, Angelo Mathews cannot be the only casualty after..

That is what Duncan Fletcher did so successfully to help England regain the Ashes in 2005. Players like Gary Pratt and Trevor Penny were the best fielders in county cricket. They would have never made it to the England Test side but as substitutes did a fine job during that Ashes campaign. (Don’t forget to watch the YouTube clip of Pratt’s run out of Ricky Ponting)

Leave alone Fletcher that is exactly what the Sri Lankans did during their golden era. No matter what the conditions were, they always had Upul Chandana on tour as he could come in as a substitute fielder. Time for De Mel to think on those lines as well.

Given what we have seen and heard in recent times, we tend to take what comes out of Sri Lanka Cricket with a pinch of salt. Raising fielding standards has been one of the slogans that we have heard at every press conference in recent times but the fact of the matter is that the authorities have done little to address this issue.

Last year following the 5-0 drubbing by India we were told that the team was looking at three dimensional players and that excellence on the field is non-negotiable. They did precious little to address fielding woes.

Then after Pakistan thrashed them 5-0 in October last year, they spoke about dedicating more time during training to raise fielding standards and ensuring that the fielding standards of the ‘A’ team, the feeder to the national team, was top notch. They did precious little there too.

This year again after the Asia Cup debacle, similar sentiments were echoed. They spoke eloquently about how fielding is something that they can control and that they are going to work on it as never before. It was all an eye-wash. England came and exposed them fair and square.

Read: How the English tail has hurt Sri Lanka

Keaton Jennings was a monster at short leg, pulling off some stunners. In the SSC Test alone he took six catches. Ben Stokes can win you games with his fielding alone. He turned the second Test at Pallekele on its head by running out Dimuth Karunaratne with a direct hit at a time when the team’s premier batsman looked set to score a hundred and moments later pulled off a one-handed stunner at first slip to see the back of Kusal Mendis. It was Jack Leach’s turn to shine at SSC with that astonishing direct hit to run out Kusal Mendis to cut short Sri Lanka’s impressive progress in chasing 327.

Apart from Stokes, Jennings and Leach are not natural athletes. Jennings at six foot and four inches many would say is not ideally suited for short leg. But England are able to pull off those half chances because they spend considerable time fine tuning fielding skills. Stokes himself apparently takes 50 catches a day in a bid to maintain his status as the team’s best fielder. The least said about the Sri Lankans commitment the better it is.

The Sri Lankans don’t have to look too far. They can learn by looking at T.M. Dilshan. He was just an average fielder when he started, but there was a challenge he set himself to become the team’s best fielder and would spend hours with Trevor Penny doing fielding drills. His message even today is commitment is the key to success.