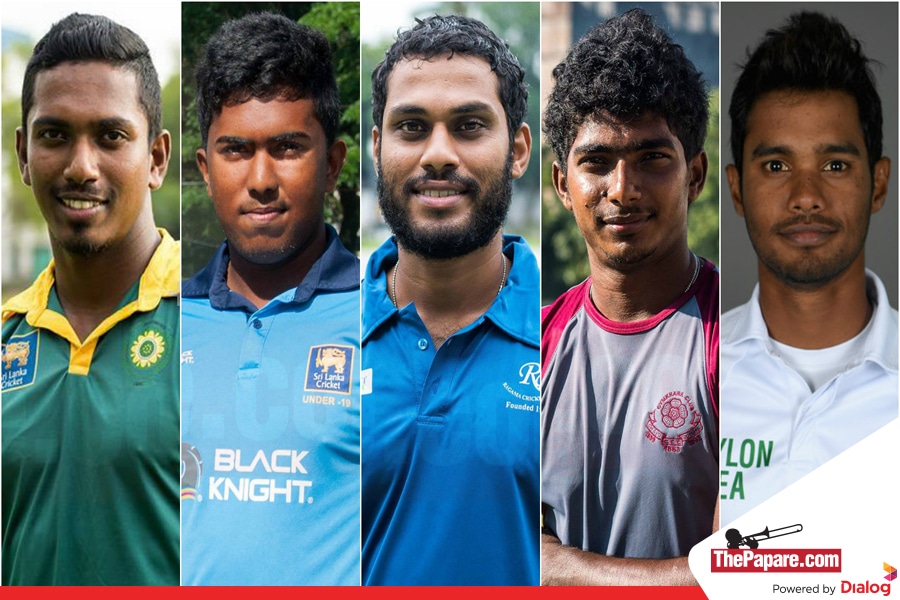 The 15 man squad for Sri Lanka’s 1st Test against Australia, set to begin next Tuesday the 26th of July, has been announced by Sri Lanka Cricket.

Chinaman Lakshan Sandakan, batsman Roshen Silva and 18 year old medium pacer Asitha Fernando have all been called up to the Test squad for the 1st time in their careers.

Apart from the three, left-arm medium pacer Vishwa Fernando has also been awarded a much awaited call-up into the squad after impressing one and all during the past few domestic seasons while Dhananjaya De Silva has been called back from the ongoing Sri Lanka A tour of England.

With only 15 named in the squad, one of the 5 are assured of making their Test debut and it is also likely that we may see 2 or even 3 debutants as Sri Lanka’s bowling department in particular, has taken a hit with Dushmantha Chameera and Dhammika Prasad being ruled out by injury and Shaminda Eranga’s action being deemed illegal.

There is also a spot vacant in the middle order with Lahiru Thrirmanne missing out on the squad and it will be a close tussle between Roshen Silva and Dhananjaya De Silva as to who will secure either the No. 4 or No. 6 position.

All 5 of these players had been quite impressive during the ongoing Sri Lanka A tour.

Suranga Lakmal, who suffered an injury scare during the latter part of Sri Lanka’s disastrous tour of England, has also been named in the squad, however it is uncertain whether he will be fit enough in time for the 1st Test which begins next Tuesday.