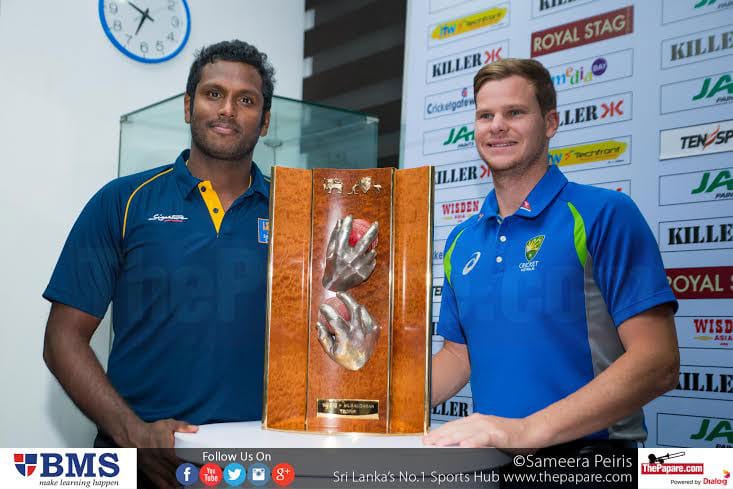 The much-awaited Australia tour of Sri Lanka 2016 was launched on Wednesday at a press briefing held at SLC Headquarters in Colombo.

The team from down under won the ‘Warne-Muralitharan’ trophy back in 2007 when it was initiated by Sri Lanka Cricket and Cricket Australia and have retained the trophy since then. This time, the World No.1 side will be up against a wounded Sri Lankan outfit who suffered a battering at the hands of the Englishmen.

Even though Muralitharan represents Sri Lanka in the trophy name, he will be with the Australians this time around as their bowling consultant, “Murali will be with us for this series, obviously, he’s got a lot of experience in Sri Lanka, he took a truck load of wickets and he’s helping our spinners out. It’s great to have someone like him aboard with us.” Smith stated on having the legendary off-spinner in his camp for this tour.

Sri Lanka Captain Angelo Mathews also pointed out on Murali’s consultancy role, “He’s a professional, who’s into coaching now. It’s always great for a foreign team when they come here to get some advice from him.”

A major concern for Sri Lanka will be the long injury list, Mathews echoed this sentiment, “Unfortunately a lot of fast-bowlers are injured at the moment, even Suranga Lakmal got injured in the final game in England, Prasad is not fully fit, Eranga and Chameera won’t be a part of the squad so we have a small group of fast-bowlers to choose from”

Australia have their own set of injury worries with key batsman David Warner suffering an injury to his left index finger during the recently concluded tri-series in the Caribbean. “He’s (Warner) coming along pretty well, he went out and batted at training with one hand today, he’s very keen to get back, recovery is going well and we expect him to be fine in time for the first Test match.”

“As a team, we know how to play in these conditions but we must get out there and do the job when the Test series starts on the 26th. Some visiting teams have done quite well so we cannot be complacent.”  Mathews spoke on the team’s confidence playing at home.

Smith identified tackling Rangana Herath as their biggest challenge of the tour, “Rangana is a quality bowler and he’s got a great record particularly here in Sri Lanka. We have to play him well throughout the series to have any success. We are working hard to make sure we are in the right order to play Rangana.”

Australia have had a very rough patch in sub-continental conditions of late, “It’s a tough tour as we know, even though it’d be great entertaining cricket.” The Australian coach, Darren Lehmann said.

Before the teams depart to Kandy for the first Test in Pallekelle, Australia will play a three-day game against the Sri Lanka Board President’s XI at P. Sara Oval grounds. 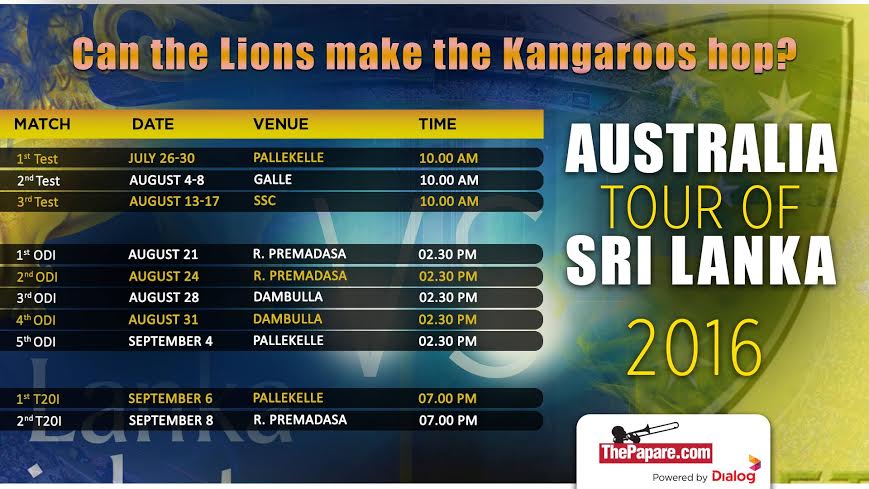