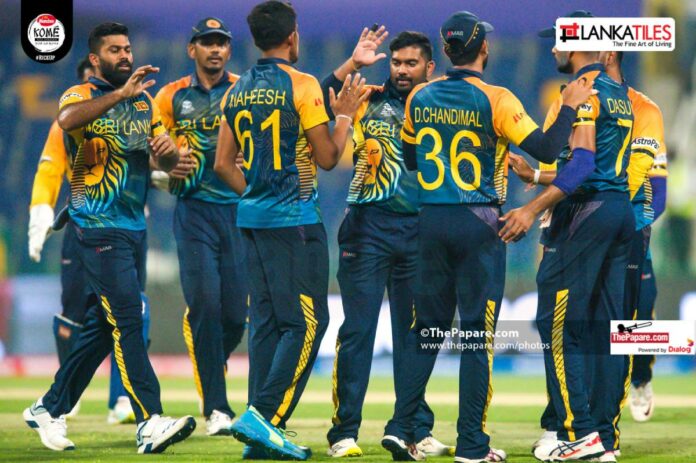 Having lost 3 matches in the Super 12 stage, Sri Lanka is currently on 2 points with a solitary win against Bangladesh. If South Africa lost, Sri Lanka had a slight chance of staying alive, but now with England on 8 points and South Africa on 6 points, the islanders will have no chance of reaching 6 points. Sri Lanka’s only remaining game will be against West Indies on the 4th of November in Abu Dhabi.

With England having secured a semi-final spot due to a higher Net Run Rate and 8 points, South Africa, West Indies and Australia will be aiming for the other spot in the semi-finals. South Africa’s final game will be against England, and they will need a win and hope Australia drop in one of their two remaining games against Bangladesh and West Indies.

West Indies, having lost 2 games out of 3, will need to beat both Australia and Sri Lanka to reach 6 points but with a poor Net Run Rate, they will struggle to make it to the knockout stage.

Bangladesh have now lost four out of four Super 12 matches and they also stand no chance of mathematically qualifying for the semi-finals.