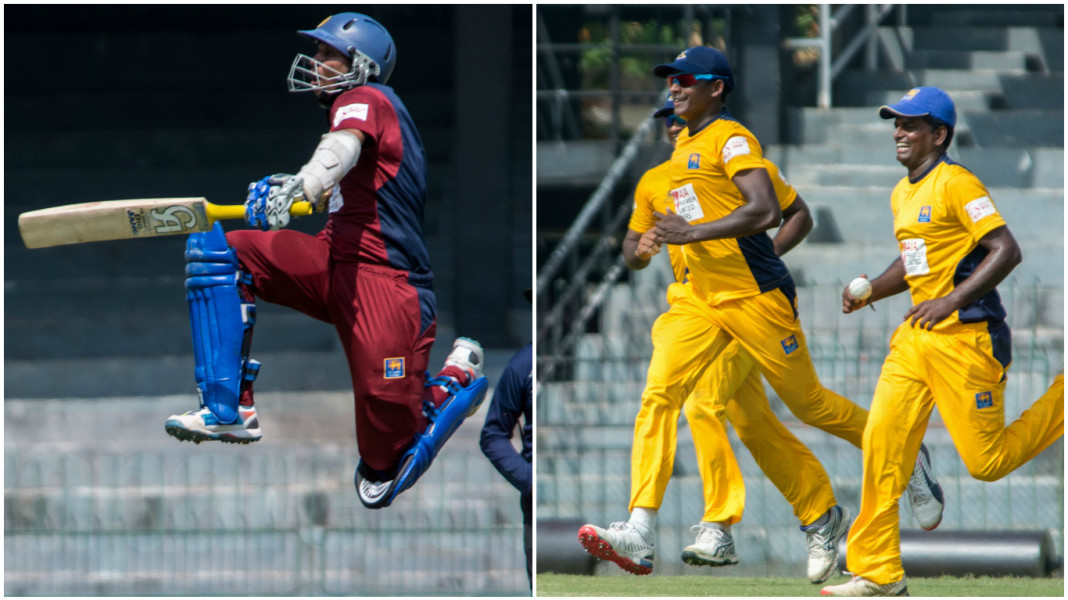 Both semi-finals were worked out at R. Premadasa International Stadium and the grand final between Sri Lanka Army and Tamil Union will be played on 24th January (Sunday) at the same venue.

After being sent into bat first, NCC amassed 178 in their 20 overs. Skillful Dinesh Chandimal blasted 63 off 36 balls with 7 fours and 2 sixes while openers Niroshan Dickwella and Upul Tharanga chipped in with 31 and 33 respectively. Skipper Suranga Lakmal and Ramith Rambukwella took 2 wickets apiece.

Chasing a mammoth 179 runs to win, Tamil Union were tottering at 33 for 4 when opener Dilshan and Jeewan Mendis added a valuable 73 runs for the 5th wicket. Mendis departed after a quick-fire 32. Number 8 batsman Ramith Rambukwella blasted 36 off 20 with 2 fours and 3 sixes brought Tamil Union within the target but the main credit should go to Dilshan’s 55-ball 95 which set the tone in the chase after he was dropped on 18 by Tharindu Kaushal.

Superb team work by the less-fancied Sri Lanka Army outfit knocked out the star-studded SSC team convincingly by 5 wickets in the second semi-final.

The Soldiers’ skipper Manjula De Zoysa won the toss and elected to chase. The SSC openers, Minod Bhanuka and Danushka Gunathilaka got them off to a cracking start scoring 20 and 25 respectively but Army pegged back last year’s runners-up by taking wickets at regular intervals.

Ajantha Mendis claimed 2 wickets for 24 runs bowling his full quota of overs. Thisara Perera played a useful cameo of 22 off 16 while Binura Fernando and Sachithra Senanayake made 15 and 11 respectively to give their team something to bowl at.

Chasing 145 runs to win, Army too lost wickets regularly but captain Manjula and Shalika Karunanayke anchored the chase scoring valuable knocks of 32 and 43 respectively. Hard-hitting Seekkuge Prasanna finished off the game hammering 19 off 8 balls to give Army a memorable victory.