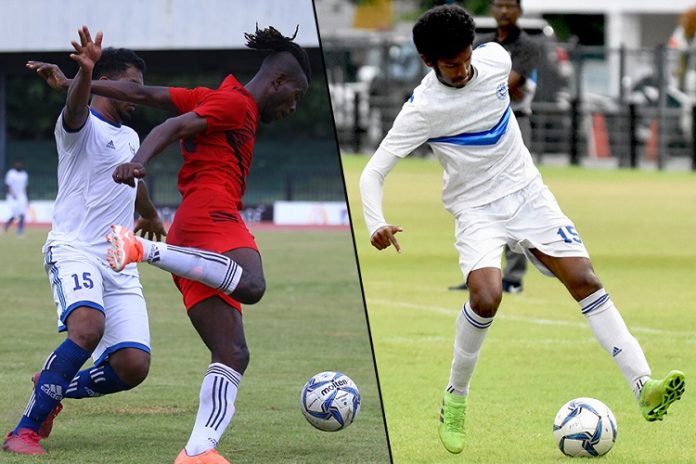 Serendib trounced Ratnam into a knockout as the game ended 6-2 at the Sugathadasa Stadium.

Serendib opened the scoring when Mohamed Aasir capitalized on a misjudgment by the Ratnam goalkeeper Mohamed Fazreen to score into an open goal. Soon after the restart it was Ranidu Rukshan’s turn to make a mistake as he let in a Rajkumar Shanthan long range effort from an acute angle for the equalizer.

Serendib restored their lead when Asante Evans dispatched a penalty but looked unfortunate to not get another penalty before the break. Minutes into the 2nd half a defensive mistake allowed Serendib to score their third through D.J. Hemantha. Serendib again were given a penalty which Evans slotted in gleefully to make it 4-1.

Ratnam managed to pull one back through P.S. Chithrakumar after some good work down the right wing. Serendib put the game to bed with Evans scoring his hat-trick after some brilliant individual play. Evans nearly had his fourth but his free-kick rattled off the upright but Riyas Ahamed tapped the rebound.

Asela Madushan had two good chances squandered for Sea Hawks, of which the 2nd one saw him getting injured trying to convert. Sea Hawks were denied a goal for a foul, after Nagoor Meera headed in from close range. Replays showed referee Tharanga Pushpakumara had made an error in judgement.

However, Sea Hawks took a deserved lead when Mohamed Asmeer scored from a Avishka Deshan through ball. Deep into injury time Nagoor Meera was taken down inside the penalty area but was not able to convert from the spot as Mahendran Dinesh made a brilliant save.