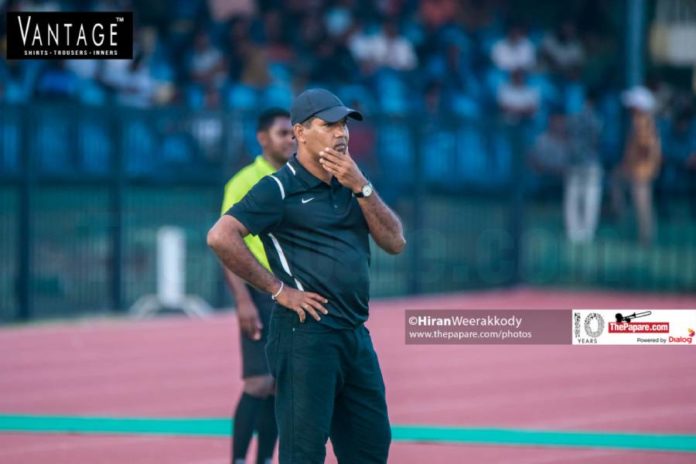 The Football Federation of Sri Lanka (FFSL) has released Mahinda Galagedara from his position as the Assistant Coach of the Sri Lanka National team.

The media release by the FFSL stated;

The Football Federation of Sri Lanka wishes to inform you that the Assistant Coach of the National Football Team was relieved from duties from the National Team effective from 8th July 2020, and he will be attached with Police SC.

They further went onto say –

This decision was taken by Mr. Mahinda Galagedara as he would find it difficult to manage his time and to be bound with the Football Federation of Sri Lanka’s policy to be with one team officially.

The media release from the FFSL is rather confusing as it initially stated that it was a decision taken by the Federation, but later stated that the decision was taken by Mahinda Galagedara, who is also the head coach of reigning FA Cup champions Police SC.

According to the FFSL rules, a national team coach cannot be part of a coaching setup of a club. Hence the question why the FFSL initially appointed Galagedara as the assistant coach while he was still attached to another club is a matter of concern.

ThePapare.com learns that Galagedara had requested permission to continue training the Police team from the head coach Amir Alagic, but was denied.