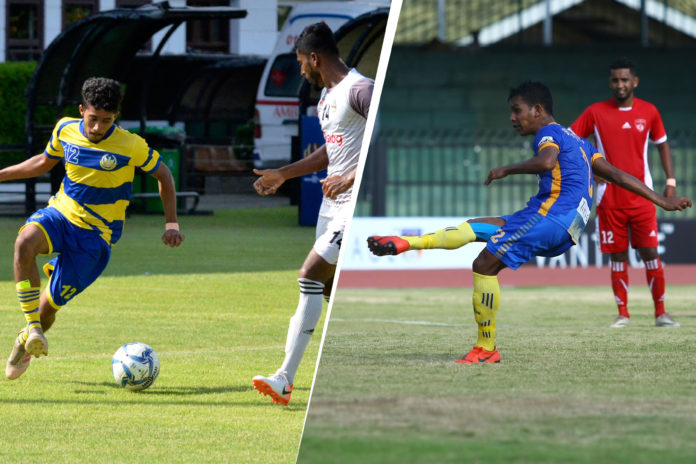 Saunders & Super Sun played out an incredible game where 14 goals were scored, while the Defenders v Red Stars match was decided by a penalty in the Vantage FFSL President’s Cup 2020.

Saunders demolished Super Sun 9-5 with Mohamed Kurshid scoring a hat-trick in their final group game at the Racecourse International Stadium.

Dilan Kaushlaya scored the first goal for Saunders in the 4th minute. It took until the 22nd minute for the next but thereafter the flood gates opened. Kurshid’s first was followed by Suntharaj Niresh and Chryshantha Abeysekara in the space of 8 minutes.

Just before half time Kurshid and Sanoj Sameera added another two within a minute off each other. After the break it was Super Sun who scored through Mohamed Rifkhan. Dilan Kaushalya and Kurshid scored another two before P. Sharujan scored the 2nd for the lads from Beruwala.

Niresh scored a penalty to make it 9-2. In the final 12 minutes Mohamed Shasan scored a hat-trick as Super Sun ended the match 9-5.

Defenders defeated Red Stars 1-0 to top group C and make it to the quarter finals at the Sugathadasa Stadium. The match was decided through a penalty scored by Suraj Bernard just before the half time break.