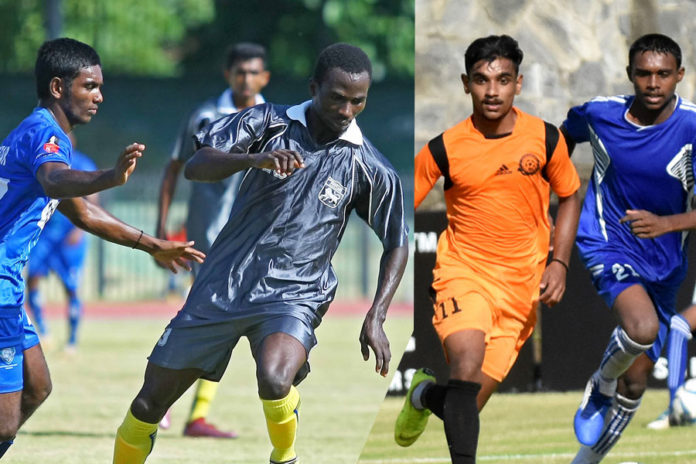 Java Lane produced a five star performance on their way to the quarter finals while Up Country Lions broke Blue Star’s chances of a last eight on matchday 7 in the Vantage FFSL President’s Cup 2020.

In an end to end game Up Country Lions defeated Blue Star 3-2 at the Sugathadasa Stadium.

Lions scored on the half an hour mark through M.W.N. Lakmal. They had the opportunity to double the lead after getting a penalty, but Kaveesh Fernando saved Ibrahim Oladimeji’s effort. Shenal Sandesh equalized for Blue Star with a first time finish deep into first half injury time.

H.D. Chandrarathna restored the lead before Lions made it 3-1 through Ibrahim. Mohamed Najman pulled one goal back for the lads from Kalutara, but could not mount a comeback.

Java Lane topped group A as they cruised through to the quarter finals thrashing Moragasmulla 5-0 at the Racecourse Stadium.

Rizkhan Faizer scored 10 minutes before the break for the Slave Island boys. In the 2nd half it was complete domination as they added another four.

Naveen Jude scored four minutes after the resumption while Mohamed Aleem and Malaka Perera added another 2 in the space of three minutes. Maduranga Silva scored the 5th in the 73rd minute.