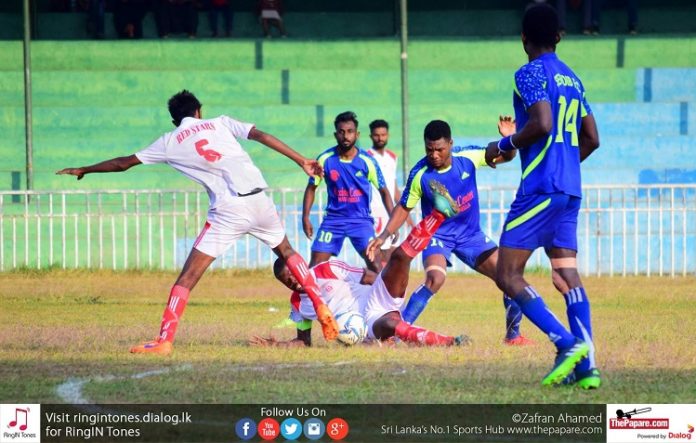 Serendib FC has been handed hefty punishments after instigating a brawl against Red Star FC at the Jayathilake Stadium, Nawalapitiya.

The incident happened at the end of their week 1 match against Red Star in the 2017 Premier League Division I – Super 6 stage.

Six teams qualified for the ‘Super 6’ round of the 2017 Premier League Division I Football..

Red Star won the match 1-0, and after the final whistle was blown Mohamed Nusky of Red Star removed his shirt and celebrated in front of the Serendib bench which was not borne well with the home team players and fans.

According to the Football Federation of Sri Lanka (FFSL), at this instance skipper of Serendib FC, Raj Sheron and Akeel Akram had confronted Nusky where the fans had also got involved and got escalated into a fight.

Before the start of the Super 6 stage, FFSL had informed the clubs about security and discipline at home venues and if proper standards were not meant, the responsible club will be punished.

Thihariya Youth players were assaulted by unruly crowd in their match against..