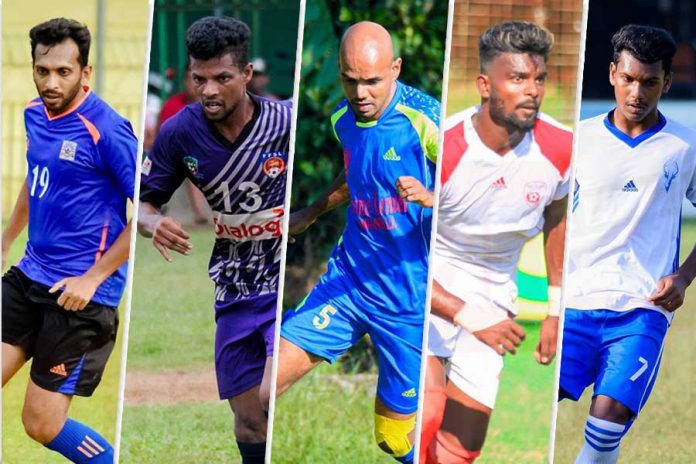 Six teams qualified for the ‘Super 6’ round of the 2017 Premier League Division I Football Championship in search of promotion to the Champions League next year.

The 18 teams in Division I football were divided into two groups of 9, where the top three from each group moved into the ‘Super 6’ round while the bottom-placed team from each group, was relegated.

For the ‘Super 6’ stage, there will be a new points table and at the end of the 5 rounds, the club that is on top will be declared the champion while the top two will be promoted to the Champions League next season.

Thihariya Youth, Comrades SC & Red Sun SC were the three teams that topped group A and qualified for the ‘Super 6’ round.

Thihariya Youth won 6, drew 1 and lost 1. Their only loss was a controversial decision where in the initial encounter against Comrades SC a few of their players were assaulted. Thihariya has the best offensive record with 26 goals and the 2nd best defensive record with 8 conceded amongst the Super 6 teams.

Thihariya Youth players were assaulted by unruly crowd in their match against….

Comrades SC, Badulla finished with 18 points with 6 wins and 2 losses. Comrades has the best defensive record with only 7 conceded in 8 matches. Out of those 7, three were due to a 3-0 walk-over results against New Star SC.

Red Sun SC, Gampola was the third team to qualify for the Super 6 with 17 points from 8 matches. Like the Group A top two, Red Sun too has a good defensive and offensive record.

In the two-way relegation battle, Jupiter SC was relegated. Jupiter SC, once a strong Champions League side, now sees them move into Division II due to a one goal difference between Old Bens SC.

Ratnam SC, Red Star SC and Serendib FC were the three teams that topped group B and qualified for the ‘Super 6’ round.

Ratnam SC qualified to the Super 6 with a thrilling 6-5 win against Red Star SC in a must win final game week match. Their record stands at 5 wins, 2 draws and 1 loss.

Red Star SC share the same record as Ratnam but in terms of goals scored they are 2nd amongst the Super 6 teams but what would be a concern is the goals-conceded column.

Serendib FC too had to qualify after a win in the final game week match against SLTB SC. Though Serendib has the 3rd defensive record in the Super 6 their concern would be the goals scored, which is the worst.

In the relegation spot was Civil Security SC who were handed back to back demotions after failing to secure a single point this season.