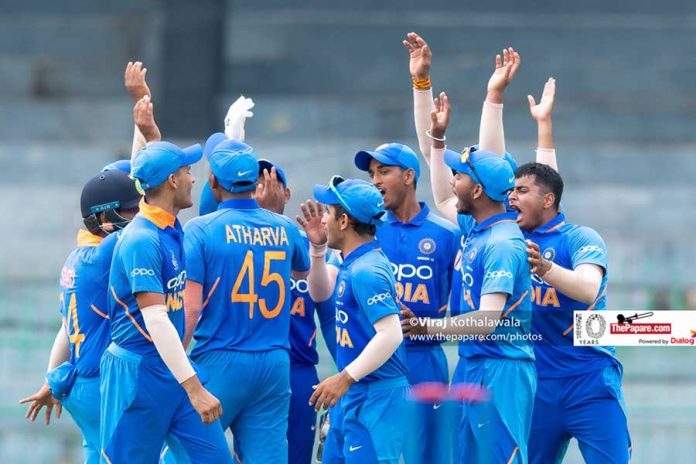 Priyam Garg, the Uttar Pradesh batsman will lead India during the Under-19 World Cup that will be held in South Africa in January-February 2020 while his UP teammate Dhruv Chand Jurel, the wicketkeeper-batsman, has been named his deputy in the 15-member squad.

Garg led the Indian junior side during the tri-series in England in August this year, with his side emerging victorious in the tournament. He was among the top five run-getters in that series along with Divyaansh Saxena and Yashasvi Jaiswal – the opening duo who’re among key members in the World Cup squad. Mumbai’s 17-year-old Jaiswal recently made headlines by becoming the youngest to score a List-A double ton.

Bihar’s Sushant Mishra and Kartik Tyagi from UP, who were among the top wicket-takers in the England series, also feature in the World Cup squad along with Rajasthan pacer Akash Singh and Karnataka’s Vidyadhar Patil. Atharva Ankolekar and Karnataka’s Shubhang Hegde, who captained India U-19 during their 3-2 series win against Afghanistan, are the spin allrounders in the team.

The four-time champions, who will defend their title next year, are part of Group A in the 16-team tournament – placed alongside first-time qualifier Japan, New Zealand and Sri Lanka. The top two teams from this round will progress to the Super League stage.

India begin their campaign with the match against Sri Lanka on January 19, followed by games against Japan and New Zealand on January 21 and January 24 respectively, with the Garg-led side set to play all their matches in Bloemfontein.

Before the World Cup, India travel to South Africa for a three-match series, while they’ll also feature in the Quadrangular Series that also includes South Africa, Zimbabwe and New Zealand – with these matches set to take place between December 26-January 9. the squad for this series includes all the members of the World Cup squad along with Hyderabad’s CTL Rakshan, who isn’t part of the line-up for the 16-member event.