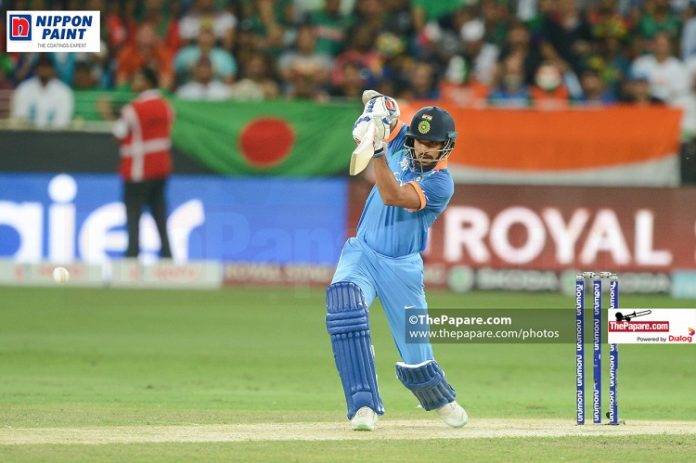 Middle-order batsman, Sanju Samson, has been named as an injury replacement for Shikhar Dhawan in India’s 15-man T20I squad for the upcoming three-match series against the visiting West Indies, beginning December 6th in Hyderabad.

The 33-year old Dhawan injured his left knee during Delhi’s Syed Mushtaq Ali T20 encounter against Maharashtra in Surat on November 21. The left-handed batsman suffered the injury when he attempted a full-stretched dive back to his crease. It resulted in a deep cut as a piece of wood pierced through his knees.

The unfortunate injury to the senior India opener opens up another opportunity for the 25-year-old Kerala and Rajasthan Royals batsman. Samson has been in and out of India’s shortest format squad, but hasn’t managed to add to his solitary cap, against Zimbabwe, in July 2015.

Recently, Samson was part of India’s squad for the three-match series against Bangladesh, but didn’t get an opportunity in the final XI. With skipper Virat Kohli, who was rested for the Bangladesh matches returning, Samson was left out from the squad to face West Indies.

With Dhawan out of the reckoning, KL Rahul, who batted at three against Bangladesh, is expected to fill in at the opening slot. The home series against West Indies consists of three T20Is and three ODIs.

Test wicketkeeper Wriddhiman Saha sustained a fracture on his right ring finger during the recently concluded pink-ball Test against Bangladesh in Kolkata. The 35-year-old had to undergo surgery and will start his rehabilitation at the National Cricket Academy in Bengaluru.

“The BCCI Medical Team consulted a hand and wrist specialist and it was suggested that Saha undergoes a surgical fixation of the fracture. Subsequently, he underwent a successful surgery in Mumbai on Tuesday,” a release from BCCI said on Wednesday (November 27).

India’s next Test assignment is in New Zealand, with the first of the two Tests starting February 21 in Wellington.