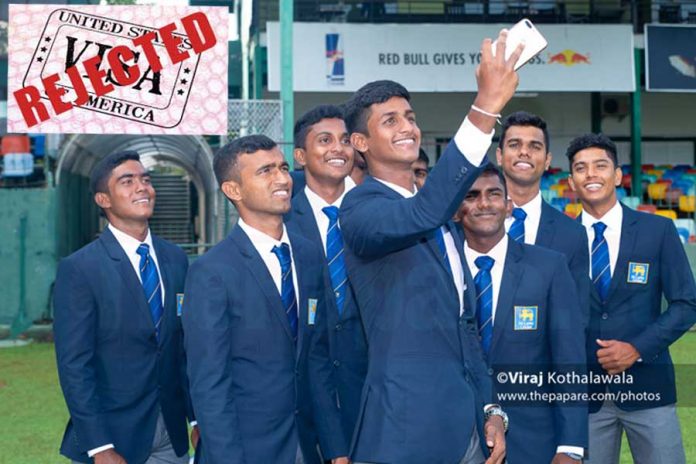 Sri Lanka Under 19 cricket tour of the Caribbean Islands is now in jeopardy after seven players were denied US visa as Sri Lanka Cricket (SLC) were forced to delay the departure of their U19 team who are set to play in a tri-nation series involving West Indies and England.

The junior Lions were scheduled to take wing to the West Indies via United States today (29th November) but the tour has been indefinitely postponed after the US Embassy rejected visa applications of seven players (five in the original squad and two in the stand-by list).

SLC has already informed Cricket West Indies (CWI) about the situation and requested for a change in the schedule as this tournament was supposed to provide much-needed game time for the Sri Lankan cricketers ahead of the ICC Youth World Cup which begins early January in South Africa.

SLC is also looking at the possibility of including a few other players (who have obtained visas) or reapply for new visas or take the flight via England in order to somehow send their junior squad on time for the tournament.

The Sri Lanka U19s are scheduled to play a practice match on 3rd December before the tri-nation tournament commences with back to back matches against the England U19s and West Indies U19s on December 6th and 7th respectively.

However, even if SLC manages to find a solution, this is a huge blow to the preparation of the Sri Lanka U19 team, which has been thorough training period for the past year or so under the guidance of head coach Hashan Tillakaratne. 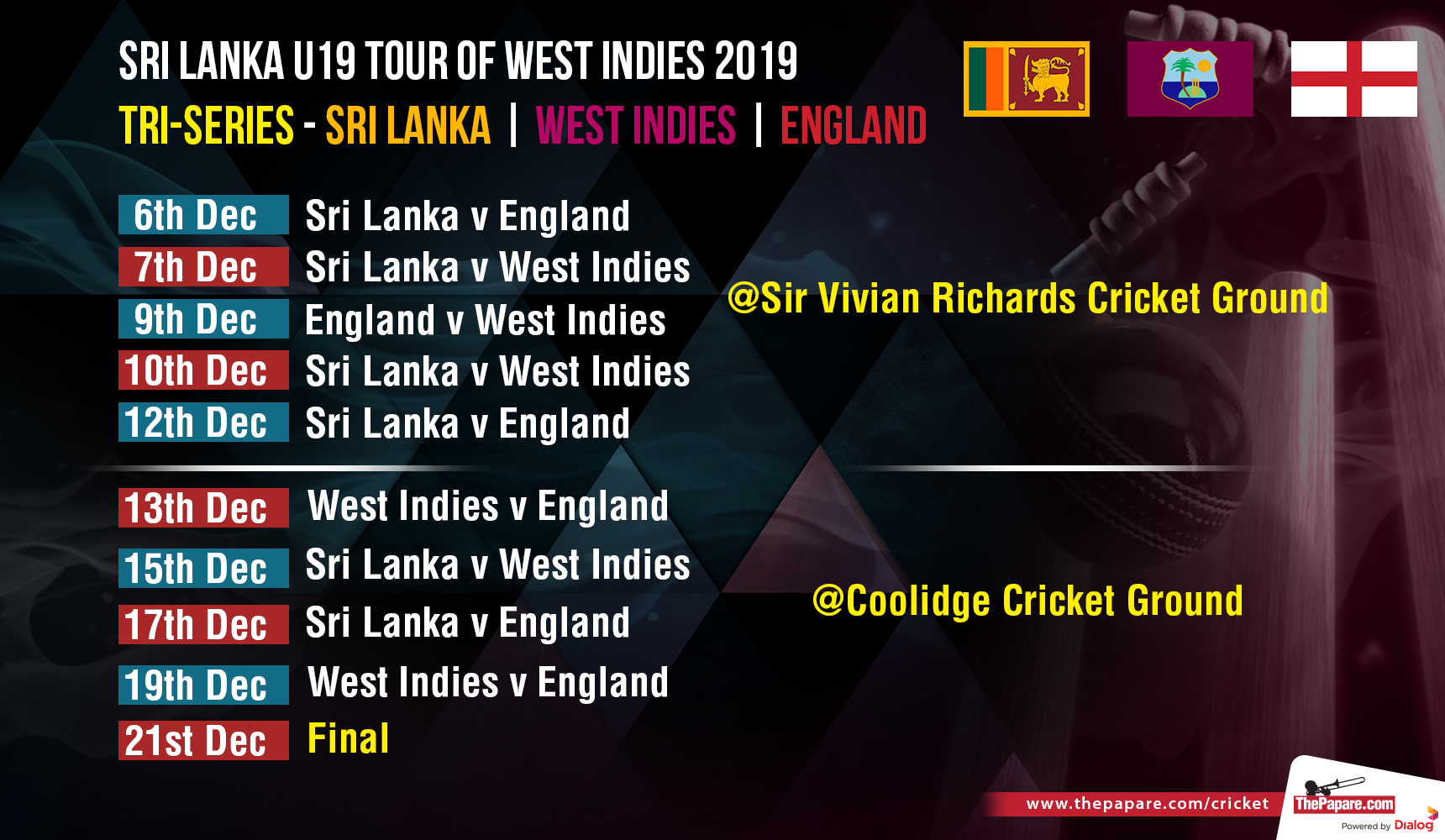