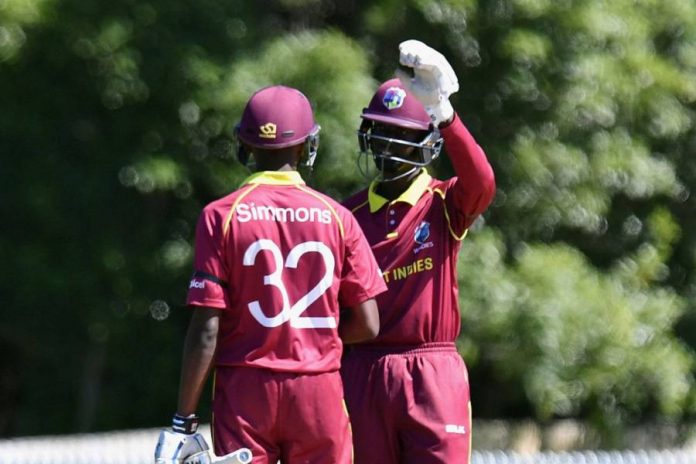 West Indies have named a 15-man squad, led by Kimani Melius, for the ICC U19 Cricket World Cup in South Africa in January and February 2020.

This squad features three players who also participated in the 2018 edition. Captain Melius is one of the three, alongside all-rounder Nyeem Young and bowler Ashmead Nedd. Young won the Player of the Match award in West Indies’ plate quarter-final victory over Ireland last edition, scoring 55* off just 33 balls as his side chased down 279 with 10 balls remaining.

Other names include Leonardo Julien and Jayden Searles, who are part of West Indies Emerging Players in the ongoing Super50 Cup, where they play alongside Melius and Nedd.

The 15-man squad, which features a five-man pace attack keeping in mind South African conditions, will prepare for the global tournament with a tri-series at home against England and Sri Lanka.

“We have looked to develop a strong seam bowling attack and the five seamers selected all offer something different,” said Robert Haynes, West Indies talent manager. “Seales and [Matthew] Forde were successful in the U19s Rising Stars Regional Tournament that took place in St Vincent and the Grenadines while [Ramon] Simmonds was the surprise package with his extra pace and bounce.

“We have also looked for batsman that are comfortable on the back foot and are prepared to play with a positive intent, Mbeki Joseph was a late addition to the squad but fully deserved his call up with a string of big scores.”

West Indies, who won their only ICC U19 Cricket World Cup title back in 2016, get their campaign under way with a clash against Australia on 18 January in Kimberley.

The 16-team competition, which features tournament debutants Japan and Nigeria, kicks off with a match in Kimberley between tournament hosts South Africa and Afghanistan on 17 January. India are the reigning champions, having won the previous edition in New Zealand in 2018.