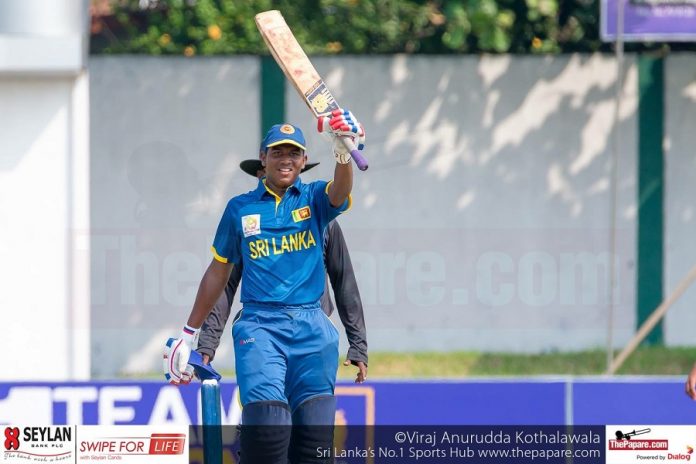 Five fixtures were played out today in the Tier B SLC Major League Tournament across several venues in the island. Panadura Sports Club cruised comfortably over SL Navy thanks to the run fest put on show by their opening batsman, Vishwa Chathuranga, who went on to make a fine 177 to his name.

Former Sri Lanka Youth cap Vishwa Chathuranga played a masterful 177 to put Panadura SC in command of the game right from the go. Chathuranga, who was supported with fine knocks from Kashif Naved (81) & Harsha Cooray (60) who made fifties for their name, helped Panadura post a humongous 485 runs for their first inning. Dilshan Lekamge (3/47) & Dilanka Auwardt (3/109) both claimed 3 wickets each.  Navy SC were outdone almost single-handedly by off-spinner Roshan Jayatissa, who claimed 8 wickets for Panadura, bundling the Navy SC first inning for just 192 runs. Wicket keeper-batsman Shalith Fernando scored a well-made fifty for Navy even though not much support was rendered by the rest of their batting unit. Following on a lead of 293 runs, SL Navy were 5/1 at stumps day 2.

An unbeaten 67 from Matheesha Perera helped Nugegoda post a 178 for their first inning, while their off-spinner Pasindu Madhushan’s Five-fer was instrumental in limiting the Air Force first inning to a score of 158 runs. After acquiring a thin lead of 20 runs in the first inning, Nugegoda SWC were 300 for 5 at stumps day 2. Skipper Denuwan Rajakaruna made 97 runs while opener Pathum Madhusanka perished after scoring 60 runs.

Jiniv Joshi’s 107 and Naveen Gunawardene’s 6 wicket haul meant that the Sebastianites CAC remained the stronger side of the competition at stumps on day 2. After scoring 316 runs for the first inning and bowling out Kalutara Town Club for 200 runs, the Sebs extended their lead to 245 runs as they were 129/8 at close of play for the day.