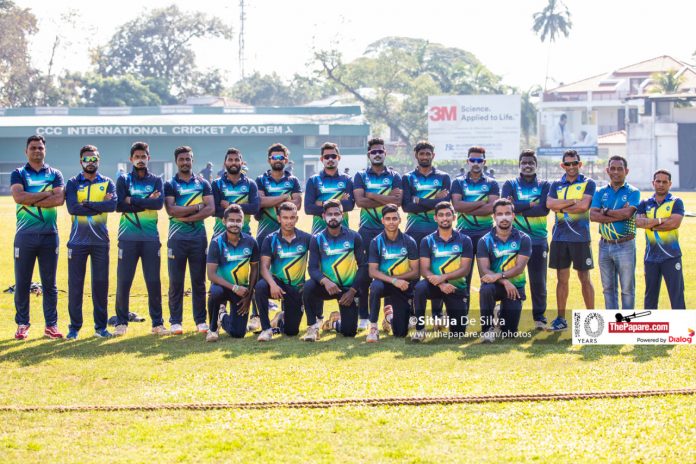 Lankan CC recorded a morale-boosting first innings victory over Tamil Union CAC in their encounter which concluded at the CCC ground in Colombo today (18th February).

Resuming day three on 250/9, Tamil Union’s last pair, Maduka Liyanapathirana and Kasun Madushanka, crawled their way up to 269 before the latter was trapped in front for 3 runs by leg spinner Geeth Kumara, causing the Lankan CC players to erupt in joy.

Liyanapathirana fought a lone battle for Tamil Union as he remained unbeaten on 39* off 77 balls. Kumara ended with top figures of 4/30 while he picked up four of the last five wickets to fall in the Tamil Union innings.

Lankan CC got some good batting practice in their second innings as they reached 224/4, just before the players shook hands to signal the end of the game.

Kumara, who was the star with both bat and ball in the first innings of the game, capped off a memorable match with another unbeaten 70* to follow up his first innings half century.

Risith Upamal also made another half century to continue his good form, while Jeevan Mendis toiled hard to capture two wickets for Tamil Union.