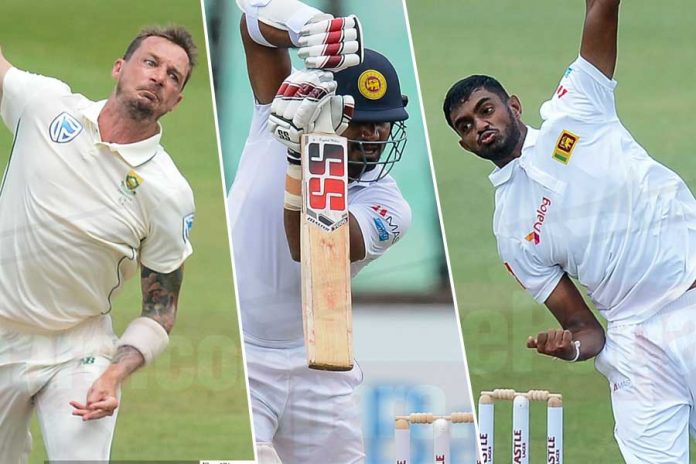 When Sri Lanka landed on the shores of South Africa a couple of weeks ago, they had one word on their lips – COMPETE. Now, a few days after the completion of the 1st Test, the previously unthinkable has become an outside possibility. Can Sri Lanka become the 1st Asian team to win a Test series in South Africa? Here’s the run-down to the 2nd Test.

The 1st Test in Durban saw Sri Lanka’s inexperienced bowling line-up who, apart from spearhead Suranga Lakmal, had played 7 Tests in total, out-bowl the star-studded South African line-up, before Kusal Perera played what many are calling the greatest ever Test innings to help Sri Lanka register their 2nd win on South African soil.

One of Sri Lanka’s biggest deficiencies with the ball in hand, has been their inability to finish things off after getting the early breakthroughs. That seemed like it would be a problem for the visitors once again, when South Africa were allowed to recover somewhat, after being reduced to 17/3 in the 1st innings. Fortunately for Sri Lanka, they managed to keep picking up the wickets and despite a fighting effort from Quinton De Kock, restricted the hosts to 235 on the 1st day, a total they would have taken after winning the toss.

They were considerably better in the 2nd innings, where debutant Lasith Embuldeniya’s 5-wicket haul and another controlled 4-wicket haul by left-armer Vishwa Fernando prevented the South African tail from wagging – the pair picked up 5/8 to close out the Protea innings when the hosts were looking comfortable with their lead nearing 300 and 5 wickets still in hand. Heartening for the visitors will be the fact that they were able to build pressure with some good, tight bowling – something they have been inconsistent with in the recent past.

The batting was fickle once again for the visitors, with many of the batsmen getting starts but failing to capitalize – bar Perera, who was the only Sri Lankan to cross the 50-run mark in the game – he did so twice. Kusal Mendis’ form will be a worry, but Sri Lanka would be encouraged by the performance of the other debutant in the team, Oshada Fernando, who made a crucial 37 in the 2nd innings, putting on 58 for the 4th wicket alongside Perera. Dhananjaya De Silva’s form was also encouraging but Sri Lanka will hope that he can produce the goods at a more consistent basis, coming in at No. 6/7.

Sri Lanka have perhaps one of the longest tails in Test cricket, but it was the tail that kept Sri Lanka in the game throughout the Test. Pitted against one of the best bowling line-ups in the game, in their own den, not many would have backed the Lankan No. 8-11 to survive 10 overs, let alone the collective effort that saw them survive nearly 45 overs for 156 runs across the two innings. Whether it was luck or sheer grit, the fight shown by Embuldeniya, Kasun Rajitha and Fernando was a key part of the historic win.

Going into the game at Port Elizabeth, Sri Lanka will hope for a better batting display by their top order as they look to become the 1st Asian team to win a Test series in South Africa. Sri Lanka is likely to go into the game unchanged, unless they are forced to do otherwise, with Kusal Mendis having suffered an injury scare during training. If the right-hander is forced to sit out, we may see another debutant in Angelo Perera take his place in the XI and having seen how the debutants did in the last game, this may not be such a bad thing for Sri Lanka.

Take one look at the two teams and their form leading up to the 1st Test and you wonder how Sri Lanka managed a win. On paper, South Africa should have been running circles around the visitors, but a deeper look into their batting stats would show that the team has not been doing as well as expected. Add to this, the Proteas took the bold call to play just the 6 batsmen, opting to experiment with the 5 bowler combination. Neither the batsmen nor bowlers performed to expectations as the Dale Steyn and co were frustrated by Sri Lanka’s lower order in both innings and the batsmen, apart from captain Du Plessis and De Kock, looked ordinary.

With Vernon Philander being ruled out of the 2nd Test due to a hamstring strain, all-rounder Wiaan Mulder is likely to be handed a debut, adding more balance to the line-up. Philander is no mug with the bat, but Mulder would offer more to the team as a batsman while also possessing the ability to swing the ball with his medium pace. South Africa’s other option would be to bring in the extra batman in Theunis De Bruyn and stick to the 4 bowlers in Maharaj, Rabada, Steyn and Olivier.

Sri Lanka produced a mind-boggling performance in the 1st Test to produce a win, one that not even they would have expected coming into the series. However, come Thursday, both teams will be back to square one, with the series on the line. South Africa will not hold back and rest assured the bowlers, led by Steyn and Rabada will be out for revenge after being thwarted by Sri Lanka’s lower order in Durban.

The surface will play a huge role in the result, with scattered showers expected during the coming days.

History beckons for the visitors, but Sri Lanka would do well not to get too far ahead of themselves but just look to stay in the game for as long as they can, like they did in the first game – we all know how that ended!