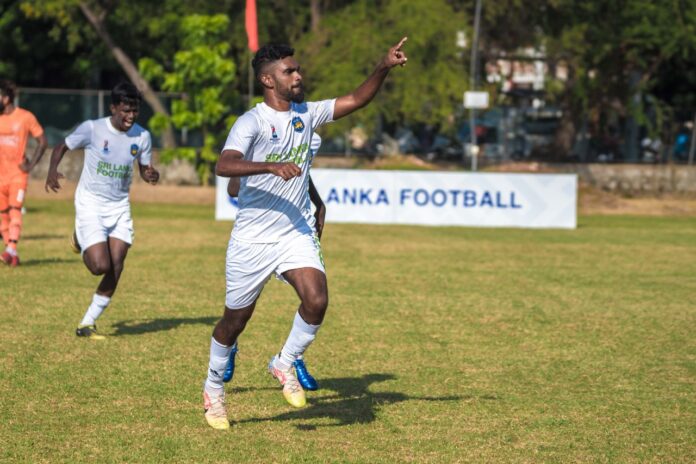 Mariyathas Nitharshan came off the bench to inspire a Northern Province comeback win while Uva Province v Central Province match was marred by an ugly fight in matchweek 3 of the Ceylon Provincial League 2022 played for the Independence Trophy.

Supun Dananjaya gave Southern the lead as early as in the 7th minute, completing a good move on the left with a calm finish. Mariyathas Nitharshan came on as a substitute in the 22nd minute and within 10 minutes he was on the score sheet, guiding a low cross to make it 1-1 at half time.

Nitharshan went onto score another 2 in the 53rd and 71st minutes to secure a comfortable win for the boys from North.

Central Province defeated Uva Province 2-1 in a game filled with goals, red cards and drama at the Leelarathna Stadium, Kantale.

The frst half ended goalless but the 2nd half proved to be a unique affair. Firas Zaheer scored the opener for Uva in the 63rd minute but his celebration included intentionally bulldozing Ishara Deshapriya to the ground.

Firas received a red card for his actions but matters escalated rapidly with players, officials, benches and fans getting involved in the brawl. Referee Tharanga Pushpakumara had no choice but to halt the match for around 27 minutes.

When the match recommenced in the 90+1st minute a further five red cards were given. Three for Uva and two for Central. Uva were now down to 8-men while Central were down to 10.

With a two man advantage Central pressed on and in the 90+10th minute a Khalid Azmil free-kick was poked in by Mohamed Mihiran for the equalizer. With just a minute remaining at 90+28th minute skipper Azmil’s cross was deftly headed in for the winner by Mohamed Shimak.