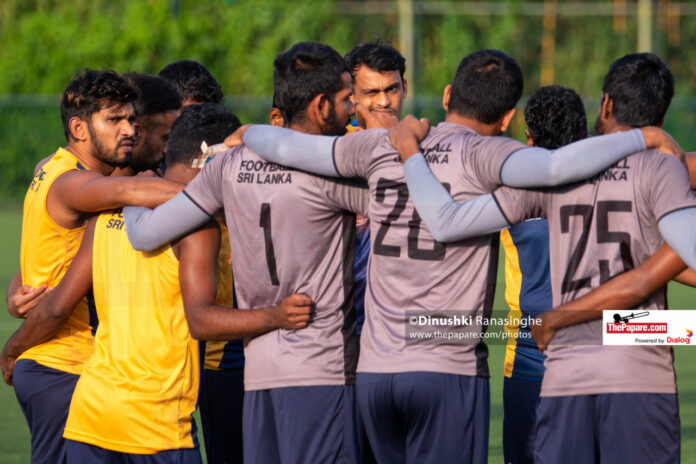 The inaugural edition of the Independence Trophy – Ceylon Provincial League, organized by the Football Federation of Sri Lanka (FFSL) is set to begin be played from the 25th of January to the 28th of February 2022.

Read: ThePapare Most Popular Football Player of the Year 2021 – Phase 1

The tournament will function as an Under 28 competition and will have a few participation rules as follows.

The tournament will kick-off tomorrow at the Maligapitiya grounds in Kurunegala. Other cities to host matches include Jaffna, Trincomalee, Kandy, Galle, Matara, Ratnapura and Nawalapitiya.

Read: ThePapare Most Popular Football Player of the Year 2021

The semi-finals and final of the tournament are set to be played from the 25th of February onwards. 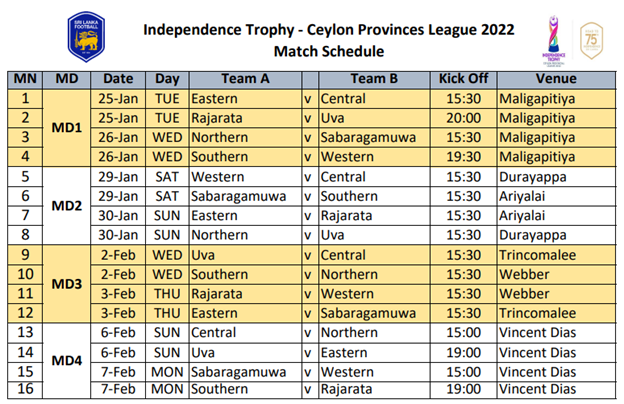 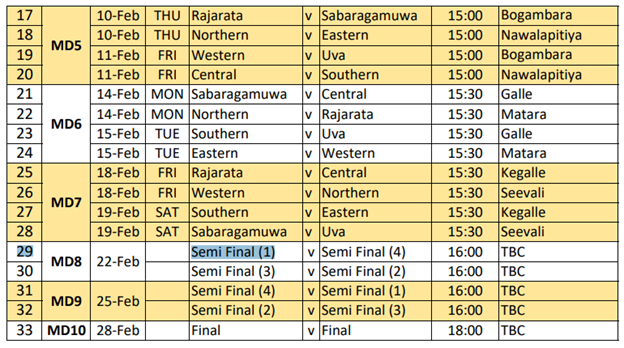 The squads are yet to be released by the FFSL

Head Coaches of the respective teams:

Keep it logged on to ThePapare.com for all news and updates from the tournament.