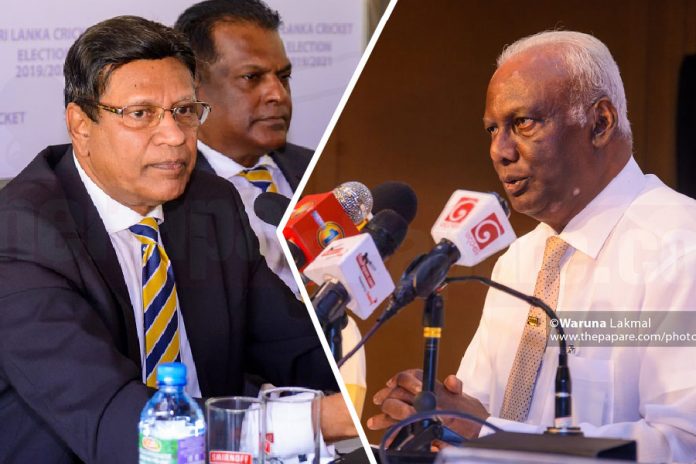 The much-anticipated Sri Lanka Cricket (SLC) Elections have been rescheduled once again for 21st February, as per directions from Attorney General due to a technical error in the newly-formed regulations in the Sports Law.

There were numerous occasions of legal impediments through this process with the latest discrepancy, which have caused yet another two-week delay to elect the office bearers, after it was initially set for 7th February.

SLC have been under a Competent Authority since May 31, 2018, after the Court of Appeal suspended the previous board on the grounds that they scorned with the election protocols.

The Injunction Order given by the Court of Appeal prompted the previous Sports Minister Faiszer Musthapa to amend the Sports Law by appointing an independent election committee whilst receiving a deadline from the International Cricket Council (ICC) until 9th February to elect the new office bearers.

The present Sports Minister Harin Fernando initially held a stance of going for an Interim Committee with the likes of Roshan Mahanama, Sidath Wettimuny set to head the cricket administration to clean up the corrupted cricket body and sought the help of ICC for a further extension.

However, last week, Minister Fernando agreed with the membership of Sri Lanka Cricket to hold elections and restore democracy amongst the stakeholders.

With the elections almost a certainty to happen, the known faces in cricket administration have once again come forward, lined up in two camps. But, the biggest name missing from the -list of candidates is the immediate past president – Thilanga Sumathipala, who decided not to contest this time due to political commitments.

From one side, the previous administrations Secretary Mohan De Silva will vie for Presidency against the previous board’s vice-president Jayantha Dharmadasa, who left midway through the term due to conflicts of interest amongst the Executive Committee. Both De Silva and Dharmadasa have held the position of President in the past and are well-known names in Cricket Administration.

De Silva, with the backing of former President Sumathipala will have Shammi Silva and Raveen Wickramarathne contesting for the two Vice-Presidents positions, while Bandula Dissanayake and Lasantha Wickramasinghe will be eyeing to the position of Secretary and Treasurer respectively.

“The Election Committee, who have acted independently have approved our seven nominations, who are contesting for the posts in Executive Committee. As the leader of our group, I am grateful that the honourable Sports Minister has agreed to the directions of ICC to conduct the Elections. We are confident that the membership will vote for us, whenever they hold the Elections. “SLC Presidency-nominee Mohan De Silva said at a press briefing on Thursday. 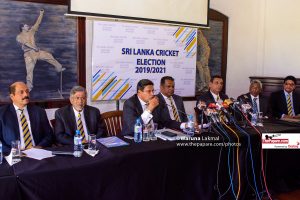 Dharmadasa has also put forward a strong team to win the elections with stalwart K. Mathivanan and former Sri Lanka Captain Arjuna Ranathunga vying for the two Vice-President seats. Nishantha Ranathunga will once again seek to be the Secretary, while Eastman Narangoda will contest for the Treasurer position.

“We have a strong team this time to win the Elections and we will definitely win this battle. Our focus is to bring back the glory days of Sri Lanka Cricket. There’s no place for corruption, match fixing and scandals in our administration.” SLC Presidency-Nominee Jayantha Dharmadasa stated in a press conference on Thursday. 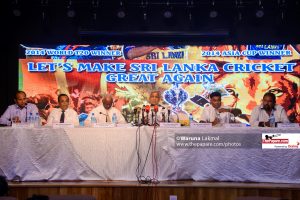 A close-battle is expected come 21st February as the two rival camps look to attain votes enough to win the race from a membership which boasts more than 140 votes.

Both camps have their own mishaps in the past yet they have already done the groundwork in securing votes. Who has the better chance of winning the elections? Hard to tell yet. But, the floating votes (around 20-25 votes) will decide on the final outcome.