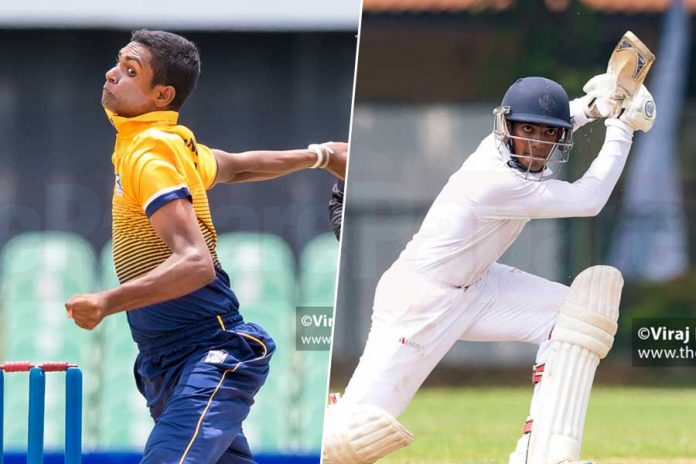 Trinity College hosted St. Servatius’ College, Matara in a traditional fixture over the course of the 20th and 21st of September 2019.

St. Servatius’ College won the toss and opted to field first. The hosta pounced on the lease they got of the crease and piled up 251 runs for the loss of 9 wickets.

Abhisek Anandakumar struck a brilliant century, setting the perfect stage for the Kandy school. Umair Raizan and Thevin Amarasinghe backed him with 56 runs and 45 runs respectively.

Keshara Nuwantha stood out in bowling as he fought single-handedly, bagging 7 wickets for St Servatius.

The boys from Matara were completely at sea with the bat as only Pushpitha Dilshan managed to star with a fifty to his name.

St. Servatius’ College were bowled out for 121 runs and the follow-on was imposed on them.

Keshara Nuwantha once again fought as a one-man army, scoring 72 runs to save the game for his school. He did not get enough support from his teammates as St. Servatius’ College went down for 162 runs.

Just a 38-run target was set for Trinity College which they chased down in a rush.